[The latest Newsweek had a story about the requirement to do exactly that on college application forms.  I have no recollection of ever having to do that in my time.  So, I thought I’d see if I could still get into college today – I’d like to experience massive student loan debt.]

[We are currently at the day before Thanksgiving.  The photos herein are from the two days after our only snow of the season, four days ago (3 1/2″).  Beautiful Lake Darling can’t decide whether she wants to freeze over or not.  Today was like a late spring day – beautiful and melting the snow.  Thanksgiving Day will be in the 50’s – I’ll be dreaming of Pickle Lake.]

I was born on September 4, 1947 – a date that will live in infamy as the day immediately preceding September 5, 1947.  It was hot in Minneapolis that day – very hot, like 100 degrees hot.  I suspect that created what ultimately became my lifelong aversion to hot, humid weather.  Any time the thermometer breaches 50 degrees now, I start perusing real estate ads in Pickle Lake, Ontario.  But I digress.  The hospital in which I first entered the world no longer exists. Life is fleeting.  I made a note of that at the time.

Those first few days of life were extremely uncomfortable.  The heat wave continued unabated and Dave Lennox had yet to invent air conditioning.  My diapers were changed regularly due to excessive sweat – and my Izod golf shirts (I preferred pastels) often had perspiration stains down the back.  I was regularly using Cruex before Cruex was even invented.  [Sidebar on diapers:  Recognizing early on that I would be a bachelor until I was 53, I was fastidious from an early age.  Others had different words for it.  But as a result I was “potty trained” before the end of that first week.  I mean, sheesh, who wants to carry that stuff around in your Calvin Klein’s?]

We moved to Alexandria when I was a year old.  We had to.  How else would I have eventually been able to write an Alexandria Cardinal blogsite?  It had to be kismet.  (Kismet is a funny word – sounds like a country in South Asia.)  Shortly thereafter, I uttered my first word.  Mom and Dad were so . . . embarrassed!  You see that word began with an “S,” ended with a “T,” and said “Hi” in the middle.  Dad apparently was working under the bathroom sink, slightly miscalculated where his head was in relation to the sink upon arising from his task, and said “the word” in response to the unintended contact between porcelain and pate.  And that was my only word for weeks – and I went around saying it quite proudly.  This is a true story – my parents had to quarantine our family from the good people of Alexandria until “the word” was subsequently displaced by the more conventional “mommy” and “daddy.”

By the time I was three, we had lived in four different places in Alexandria.  That was surprising for two reasons:  a) Mom told Dad when they first moved here she would not stay in this outstate backwater for more than a year; and 2) Who in their right minds want to move that often?  They built a house in Victoria Heights, Alexandria’s first suburb.  Dad owned a house before he owned a car.  He walked out to old Highway 52 and hitchhiked to work.

[OOPS, time (or words) is up!  See, that wasn’t so hard – only took about a half an hour.  My life in 500 words couldn’t even get me to kindergarten – and likely not into an institution of high learning either.  See you ‘round the playground!]

p.s.  May as well include Uncle Dick here: 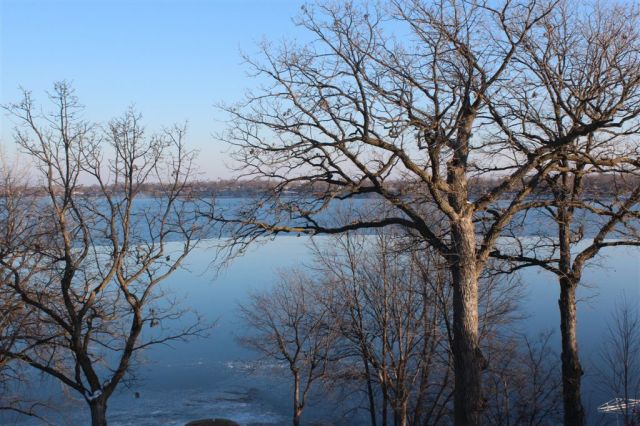