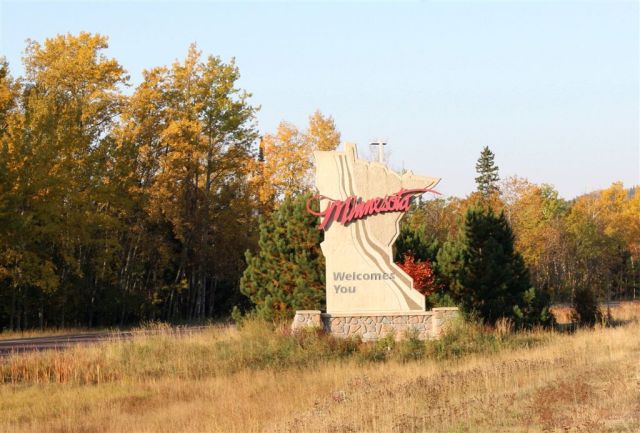 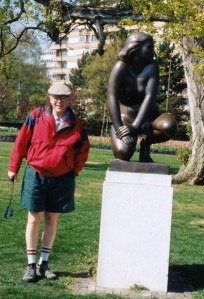 We awoke early the following morning and sped with great dispatch to the Canadian border, eh?  We had overnighted at the Grand Portage casino where certain members of our party blithely gambled away their $5.00 starter fund, a gift from the establishment.  I, being above such things, repaired to my room for a nap.  [Historical footnote:  Casinos in Minnesota, and in most states, are located on reservations.  Reservations are the natural habitat of Native Americans – and reservations are suggested to stay at their casinos.  When Europeans first came to America (of course, it wasn’t called America then – it was called Texas) they were astonished to find a native population already here and living on casino-laden reservations!  So while European-American history often suggests that Goldman Sachs stole Manhattan from the Native Americans for a mere $24 in trinkets, much of the European-American fortune was eventually lost back at the gaming tables.]  [Hysterical footnote:  I just happened to notice that today’s Minneapolis StarTribune contained obituaries for ELEVEN people who were my age or younger.  The new high school and the Broadway renovation are scheduled for completion in three years.  Is there any way we can speed up that process?  I’d really like to see them!] 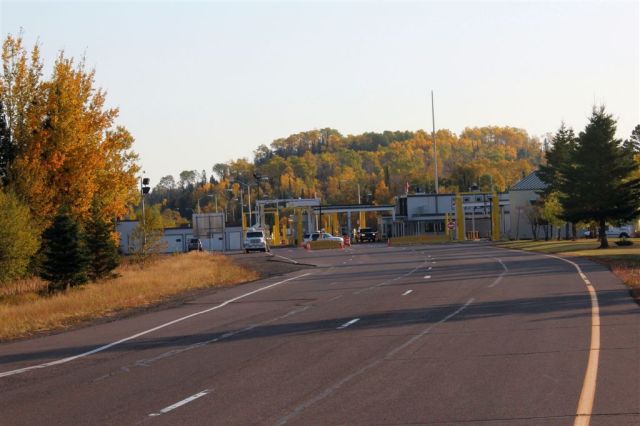 [We circled past the border guards where someone allegedly called out, “Hey, hockey puck!”]

We arrived at Grand Portage State Park.  We were the first car in the parking lot.  It was another perfect day – and we had the place all to ourselves!  We stopped in the information center – and then headed out the back door for the half-mile walk to High Falls, the highest waterfall in the state.  It is on the Pigeon River, which is the boundary between the U.S. and Canada.  The colors along the trail were colorful . . . duh, and we took some panoramic photos at the falls where one can see Canada and Superior – and on this day, Ruthie and Anne and Bill. 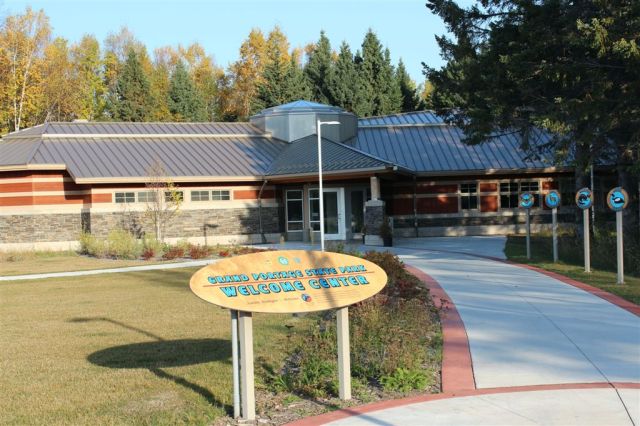 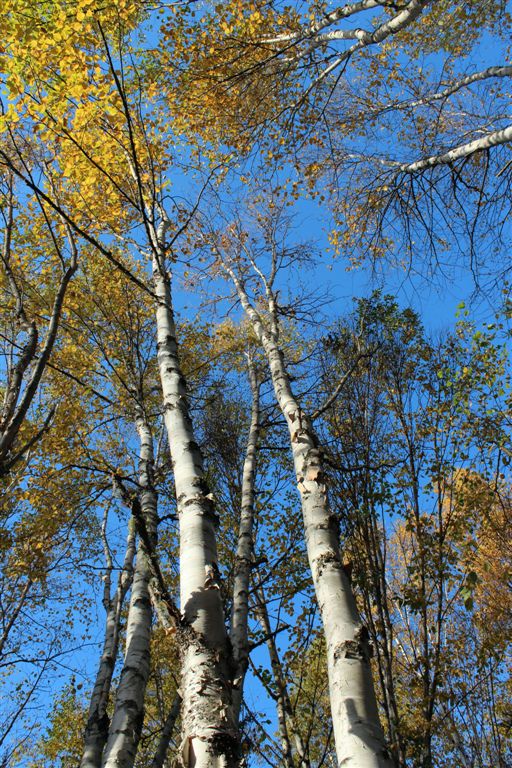 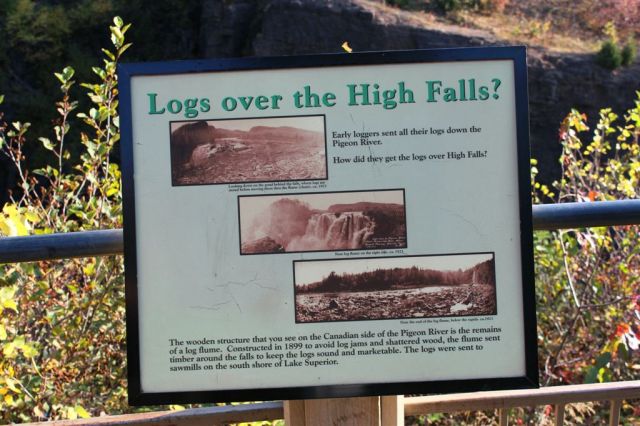 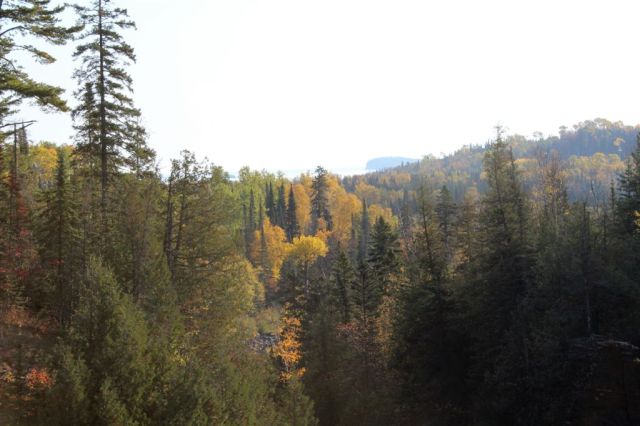 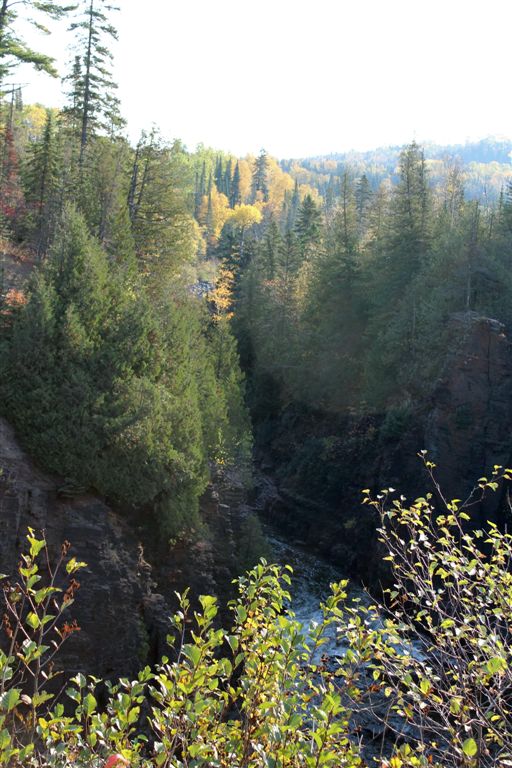 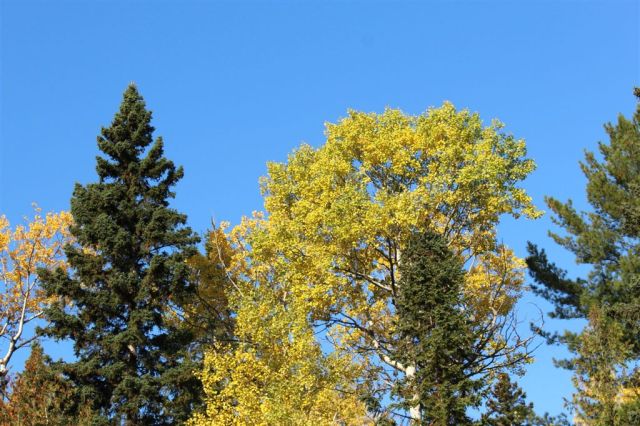 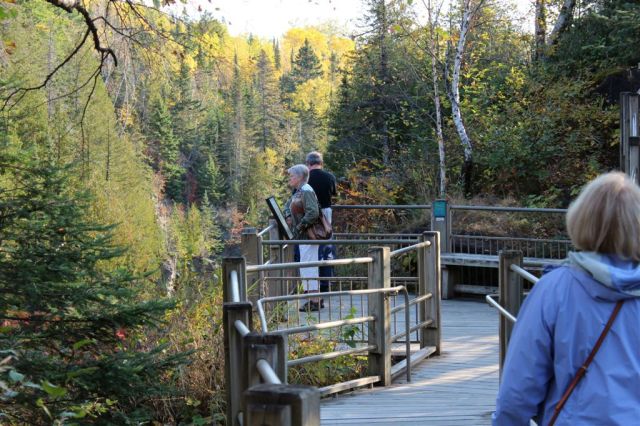 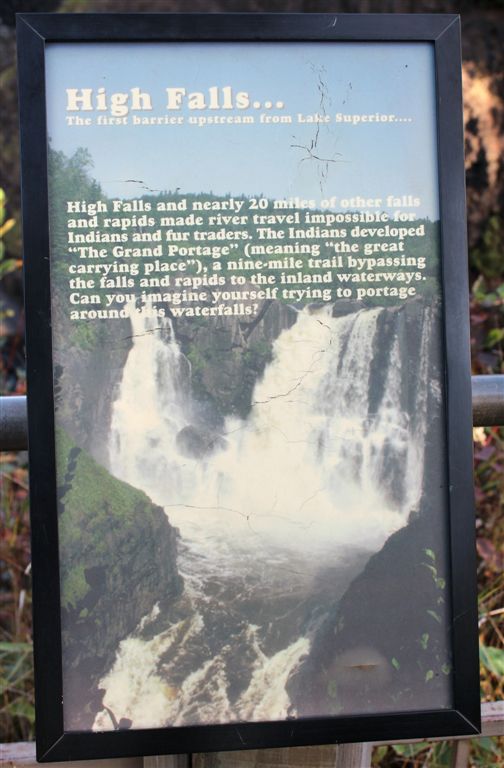 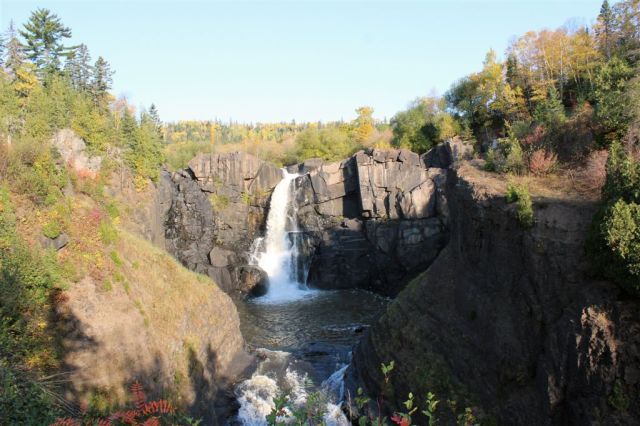 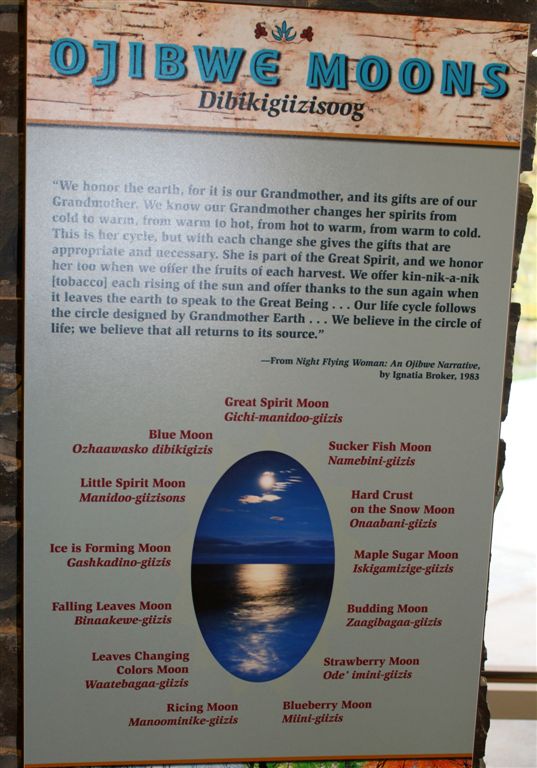 We hope you have enjoyed your visit to Grand Portage State Park! 🙂

We headed south from Grand Portage and soon came upon this overlook that was still so close to Canada one could smell the caribou stew wafting across the beautiful morning air of Lake Superior.  We felt like interlopers – from the blond woman in the white coat (probably in a red T-bird convertible – shades of “American Graffiti”?) who was there first and we did not want to interrupt her reverie, to the fact that this site was not yet open.  But we breeched the barrier (not clear if this was an old overlook under renovation or a new one) and it was quite spectacular. 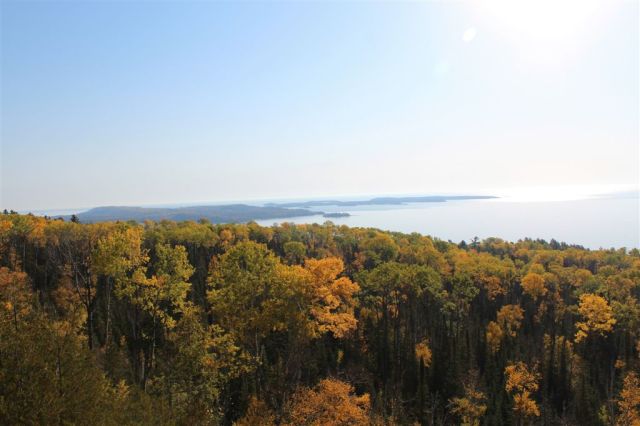 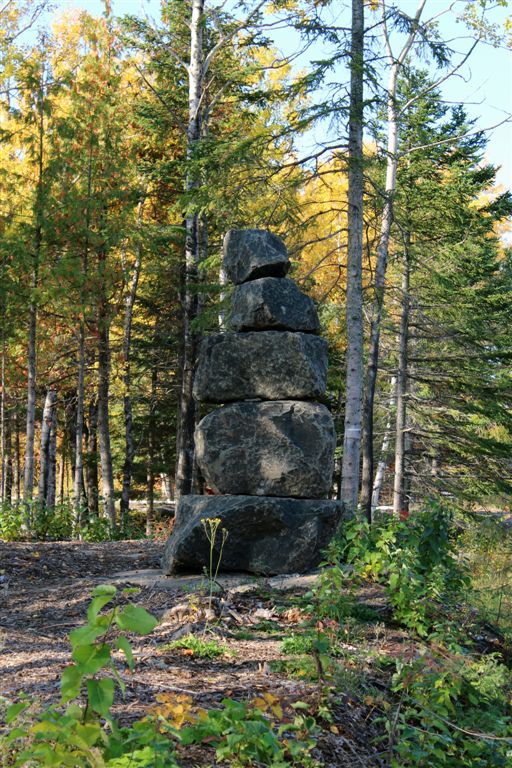 Up next?  Something else.  And an answer to the burning question – whatever happened to the old front door?

[Dangerous Dan keeps an eye on us from the far reaches of SAWA.]

As always very entertaining reading! I haven’t had as much time to keep up with all of your blogs but I know this winter I’ll have more opportunities to go back and enjoy the ones I’ve missed.  Are you taking these photos with your new camera? How do you like it? ~ Sue

Dear Tom and Ruth, Thanks for sending the beautiful pix.  We Colorado folks have gorgeous aspen trees turning color and waving with the wind but we get very little red so really enjoyed yours.   I cried a little bit when I saw John, Natalia, and you. ~ Love, Aunt Pearl

You always were in love with Dorothy Provine. ~ Rosie

Dorothy Provine was a favorite of mine as well.  I remember her in a most forgettable television series set sometime in the Roaring Twenties.  The show probably ran longer than it should have due to the fact that she out-booped Betty Boop.  By the by, we too were up on the North Shore last week.  We found the best leaf viewing was not there, however, but between here and Brainard, and along Highway No. 1 between Ilgen City and Ely.  Skipped the pasties, but pigged out on the walleye at the Angry Trout and the bouillabaisse at Chez Jude in Grand Marais. ~ Jim

Community ed is hosting a series of classes about “Everyone Has a Story.”  The first author noted the importance of the book cover for marketing purposes – it should be in color!  Ruthie picked up a book entitled Naked Came the Manatee while on our trip.  I think “naked” is also an important title word for marketing purposes.  Ergo, the title of this blog story shall be, “Grand Portage, Naked and in Living Color!”]