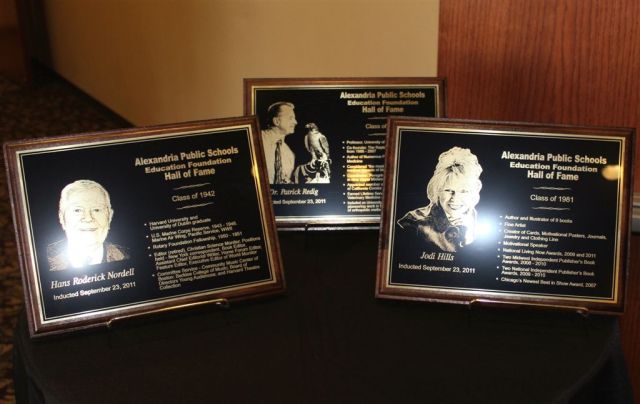 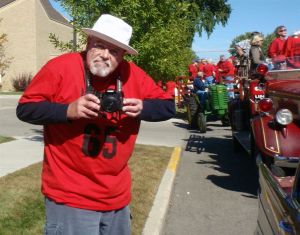 The Education Foundation’s activities were the opening acts for the long homecoming weekend.  Thursday night at Woodland Elementary, two of the new Hall of Fame inductees treated their audiences to presentations in their respective fields – Dr. Patrick Redig on raptors and the establishment of the raptor center at the University of Minnesota; and Jodi Hills on writing and illustrating.  We found them to be informative and entertaining.  Between “acts” we were treated to cupcakes and punch!  We had planned on going to the volleyball game afterwards, but the Cards had dispatched Apollo in 3-straight, so it was over before we could get there.  (The Cards had previously defeated undefeated conference leader Brainerd, ending their mini-losing streak.  We were not there either.  Dave Harris, Voice of the Cardinals, suggested we no longer attend games for the sake of their winning streak.) 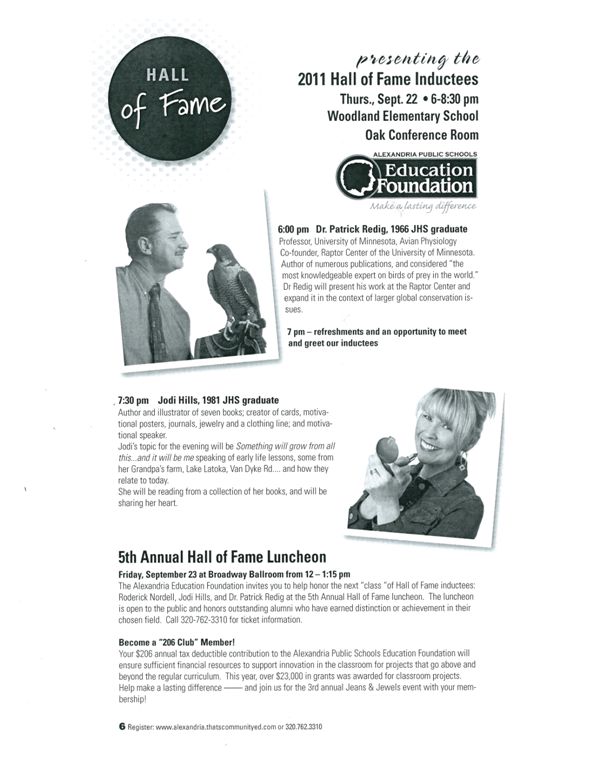 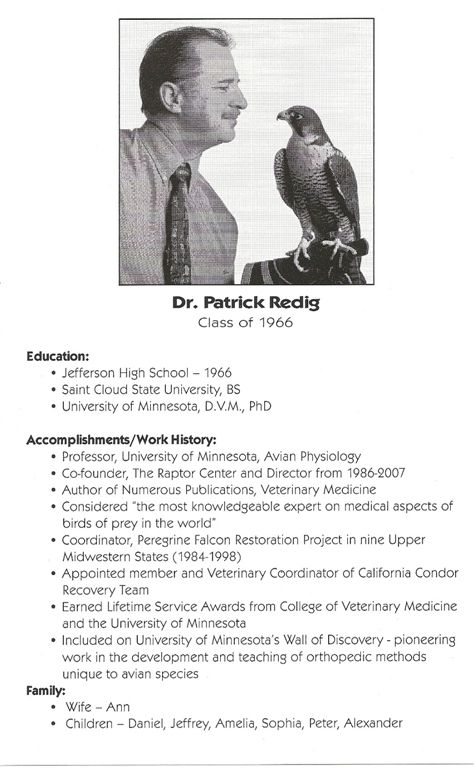 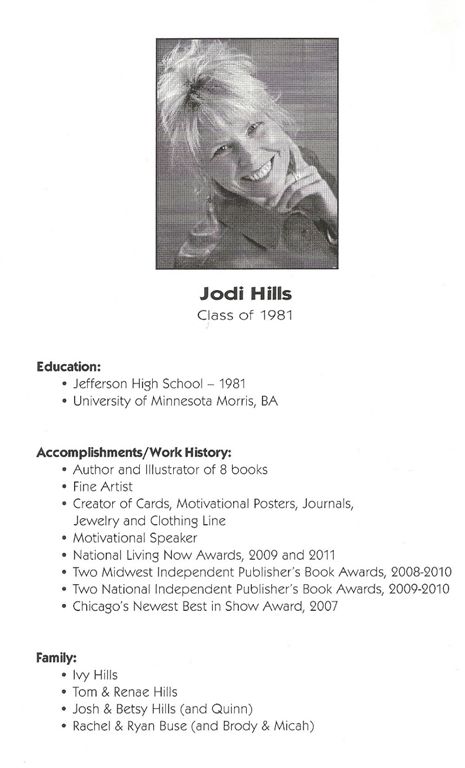 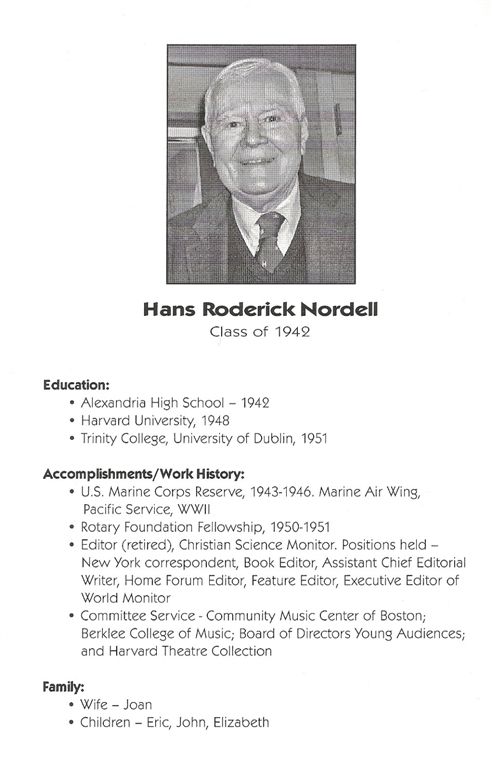 The following afternoon the Hall of Fame luncheon and ceremony were held for the new inductees at Broadway Ballroom.  As I recall, turnout was around 140, slightly down from the previous year.  You’re all coming next year though, right? 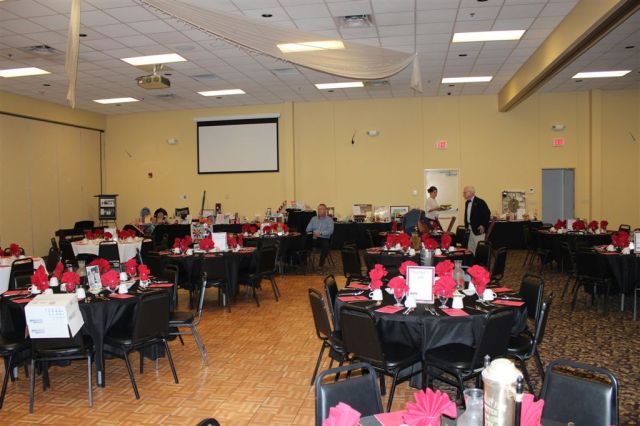 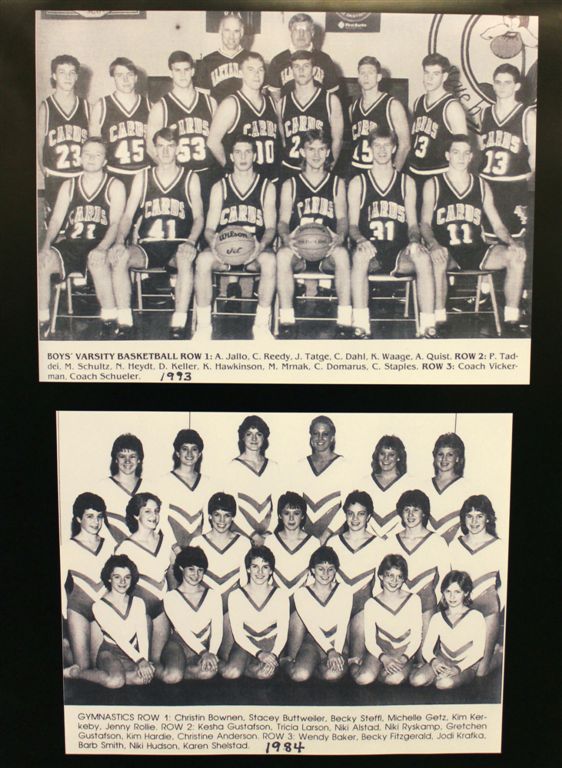 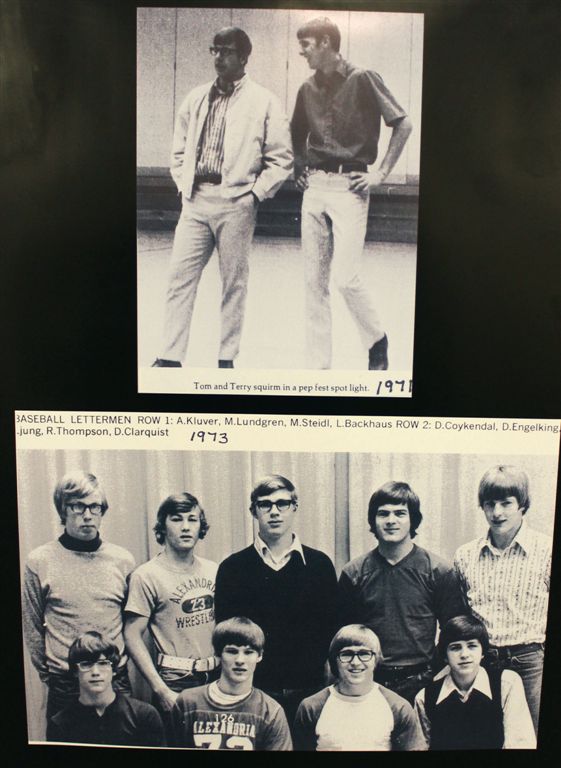 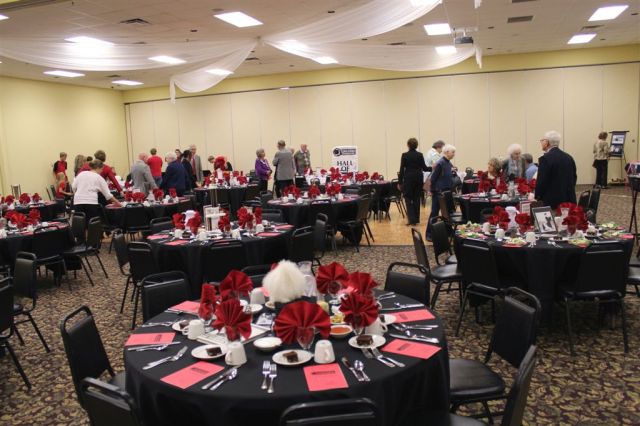 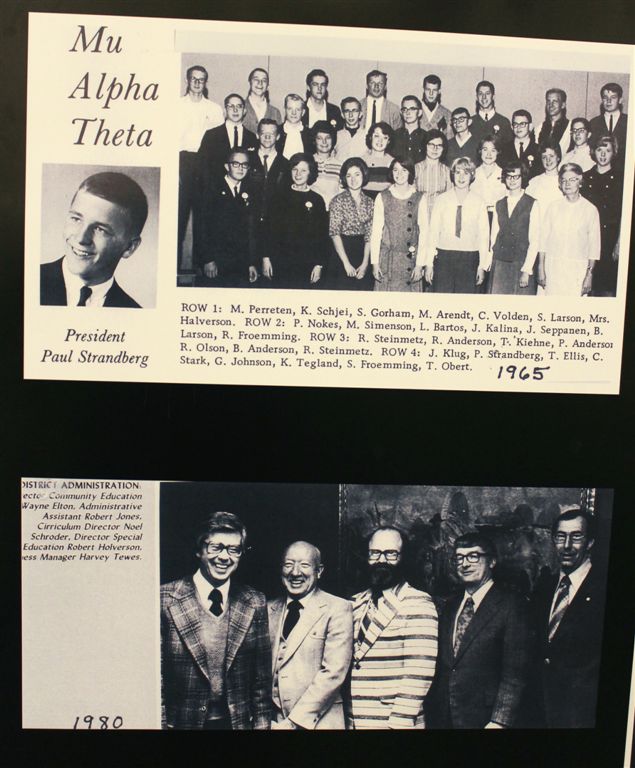 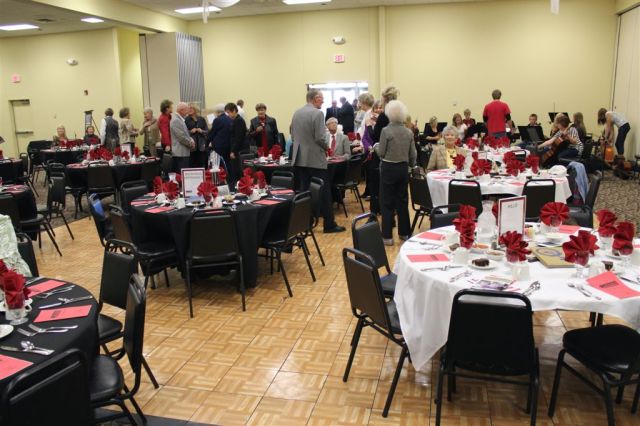 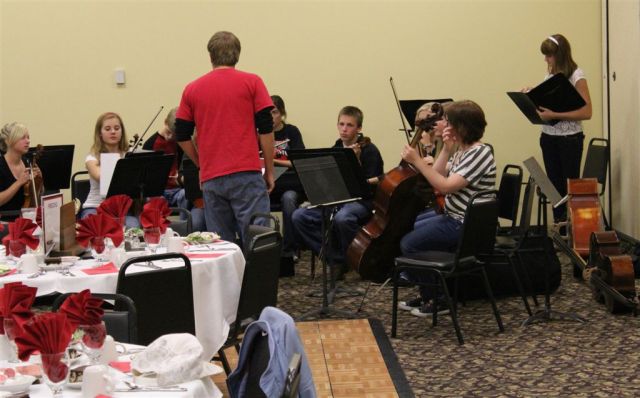 [The high school’s Rainbow Strings performed for us again.  Thank you!] 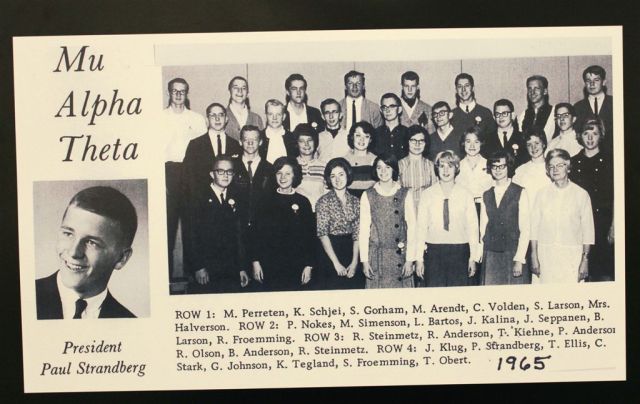 [Can you find your reporter?] 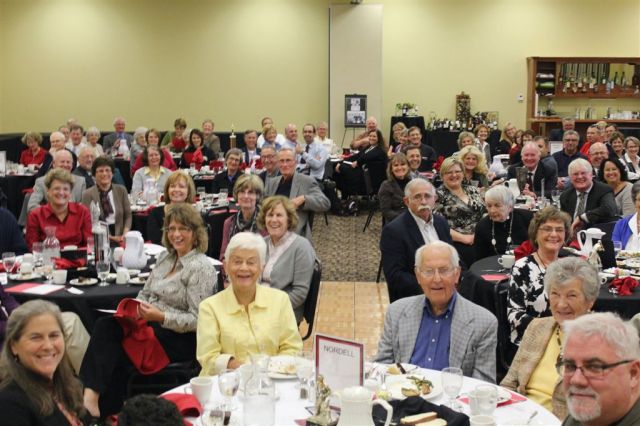 [I had the honor of introducing Rod Nordell.  I asked the audience to smile for a photo as I told them I was covering the event as well.  Mr. Nordell’s daughter, Elizabeth, was there to accept on his behalf.] 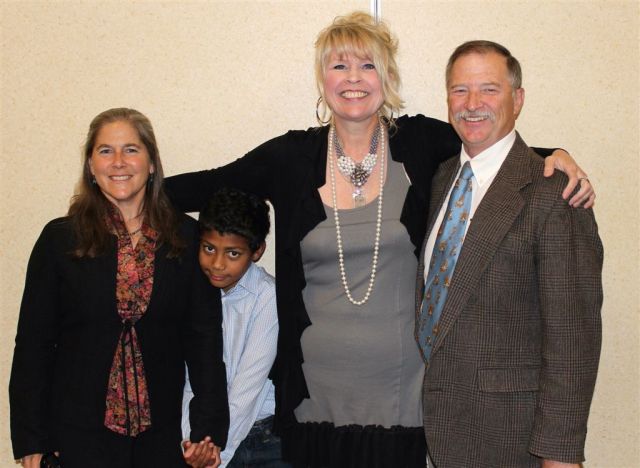 [The inductees – Elizabeth Nordell (for Rod), her son, Jodi Hills, and Pat Redig.] 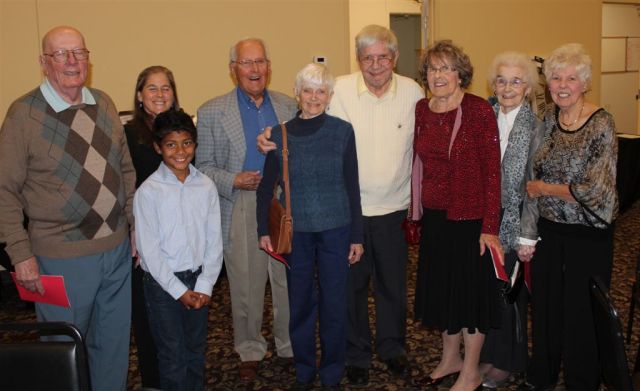 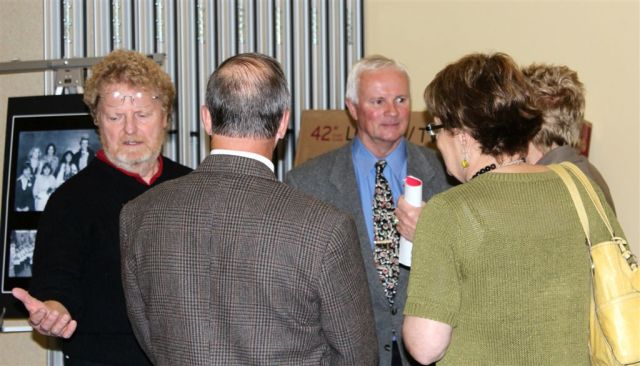