a win, confidence, luck, continuity, consistency, any or all of the preceding.  The volleyball team went down to Willmar on Tuesday night, 3 games to 1, in a fashion similar to other recent losses.  Stretches of excellence are short lived and usually give way to longer stretches of sloppy play.  There is still time to jell – it appears the athletic ability is there  It’s just a matter of hitting a good groove . . . and keeping it there.  [Editor’s note:  The above photo really has nothing to do with the story.  Al Grundei submitted it as a really old photo of Alex (1907).  If you look closely, you can see the beginning of construction on Jefferson High School.] 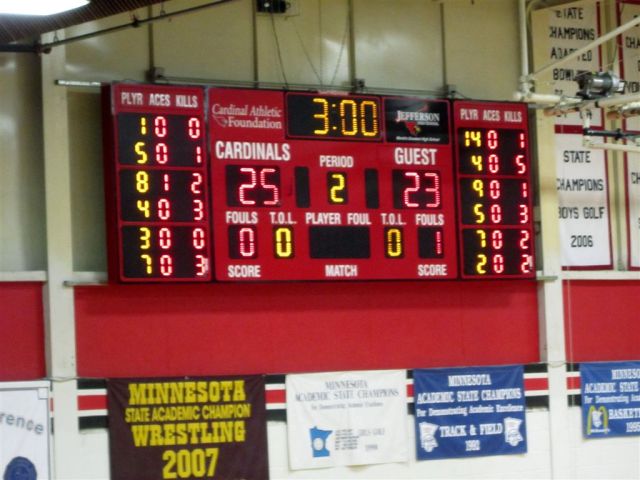 [Our Cards only win.] 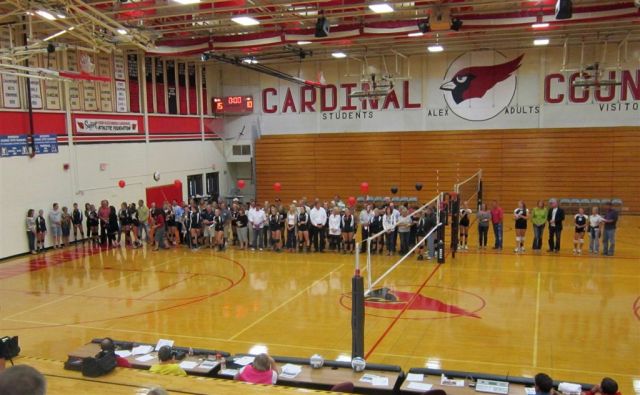 [It was parents’ night.  It was also nice to see Mr. and Mrs. Staff Photographer at the game although their lone remaining high school progeny plays soccer in the fall.]

[Mr. and Mrs. Staff Photographer’s daughter in the spring tools of ignorance – she is visiting with Emily Kuenen, a 5’10” sophomore volleyballer, who has the abilities to be very good in both sports.  Photo pilfered from the Echo Press.] 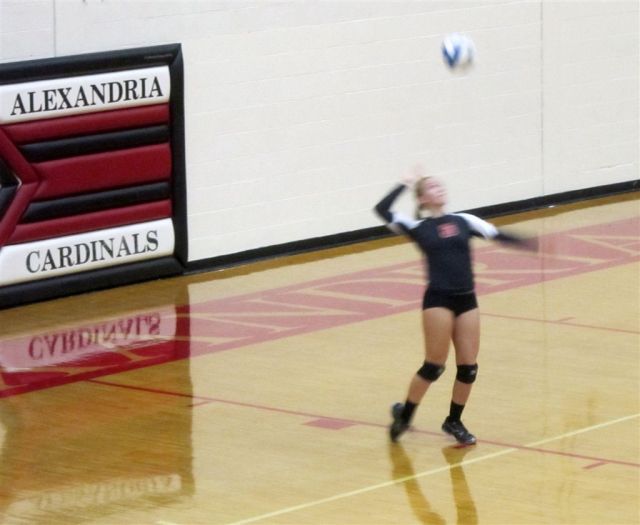 [Our hockey players:  Shanee’ Herd above; Quinn Kragenbring below.] 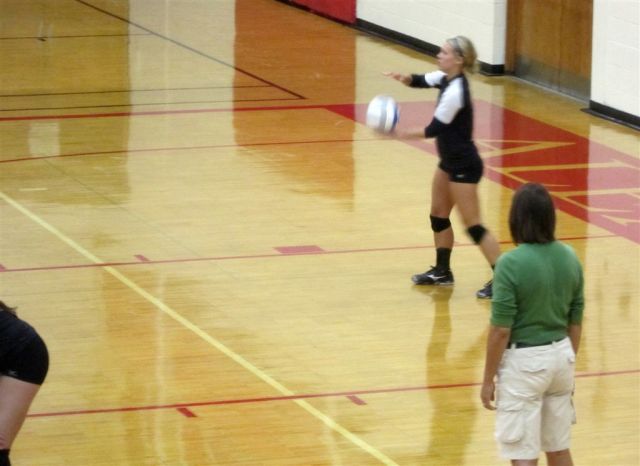 [Beth, white skirt above, works at the golf club in summer, and otherwise teaches and assitant coaches volleyball; Linda, below, takes care of the golf club’s senior men’s league.] 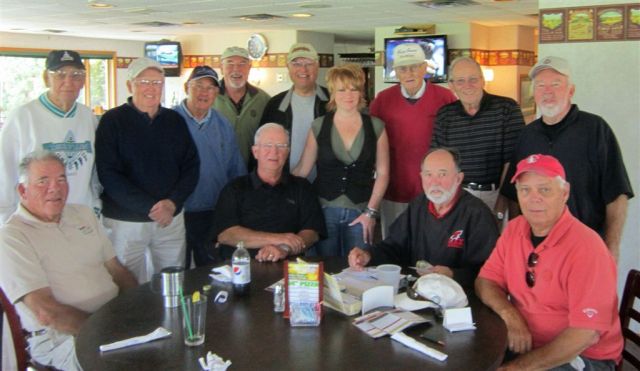 [Well, I’ll try anything for a connection.  Speaking of which, while pilfering the Echo Press archives, I came across these last two photos from the state basketball tournament last winter – the Cards v. Hill-Murray.  You will notice in the first photo of Cara Wood trying to shoot over the Pioneers (?) 7’9″ center (with Alli Haar on the right), that I am in the stands to the immediate left of the ball with brother Cam from Mounds View (and there under duress though I believe he got into it) next to me in the white t-shirt.  The other photo features Joie Warnes and Sam Trumm.]