A Blast from the Past X

[Sam Trumm was the queen] 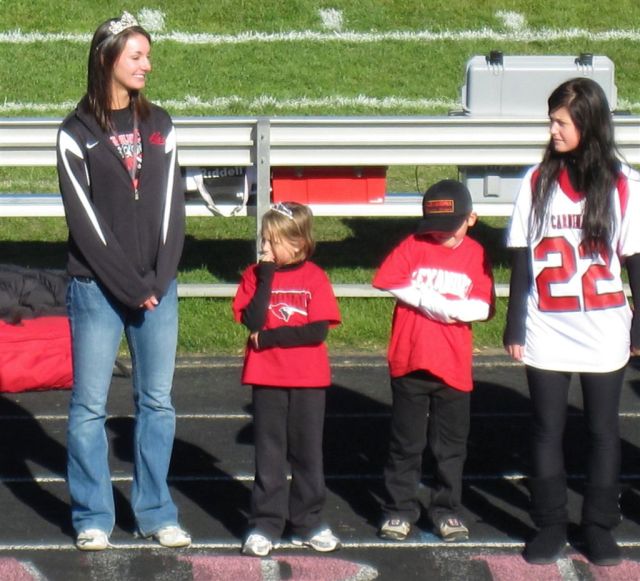 A predecessor from long ago!  From the days we actually went to school by covered wagon.  Alex, class of ’65.  Our Homecoming Queen grew up across the street from me.  We’re still close friends today.  The photo of the two of us walking in that enclosed outdoor area off the JHS cafeteria was taken by a photographer from the Minneapolis Tribune.  They did a story about my dad for the Sunday Magazine section – the photo of Kathy and me didn’t make the magazine.  😉 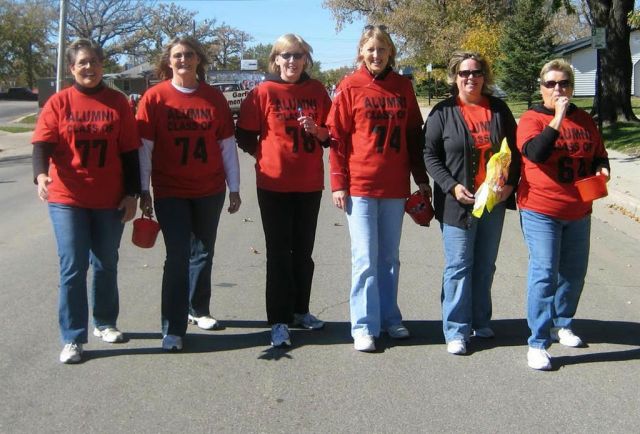 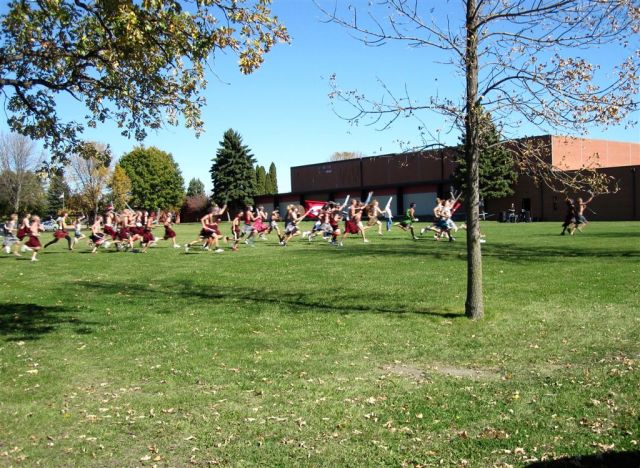 We had our Education Foundation board meeting this morning.  We were pumped.  The Hall of Fame luncheon in conjunction with homecoming is getting bigger and better every year.  Board members relayed stories from first time attendees who said they had no idea what a great event it is – and promised to be regular participants in the future.  Of particular satisfaction was the response from the inductees, who upon receiving their notice of induction and request to participate had no idea what was in store.  According to board member, Tom Anderson, they were “simply blown away.”  Thanks to all of you who worked so hard to put this together.

I relayed the Bev Lohrman Grossman story to Phyllis Hullett, who was a fellow AGC board member a couple years ago.  Phyllis went through the same things as Bev implementing Title IX at the collegiate level.  Here is Phyllis’s response (I hope she doesn’t mind!):

Thanks Tom!  Bless people like Bev who were willing to stand up and support Title IX.  I was caught in that same period and with women from all over the College campus we convinced the administration, based on Title IX, to pay the women coaches small stipends.  Made the male coaches mad as hell!  We had 13,000 students and women were coaching Volleyball, Tennis, Swimming, Badminton, Softball, Fencing and other sports throughout the year without being paid anything.  Title IX was a giant step toward equality, not just for the female coaches but for the students as well.  It was unfortunate that the threat of not complying with the guidelines of Title IX was responsible for the changes made rather than simply doing what was right.

Thanks for reminding me of a difficult but very gratifying time.

And finally a note this morning from a hockey mom:

I thought you would get a kick out of our football teams dance at the pepfest on Friday.  It’s on You Tube.  In the search on You Tube put in Best Homecoming Dance.  It’s the 6th one down on the page by TheAtownhero.  Sorry I couldn’t get it to copy to this email.  It’s the football team at their best!

And here it is:

Just want you to know how much we appreciate being included in your most excellent e-mails!  🙂 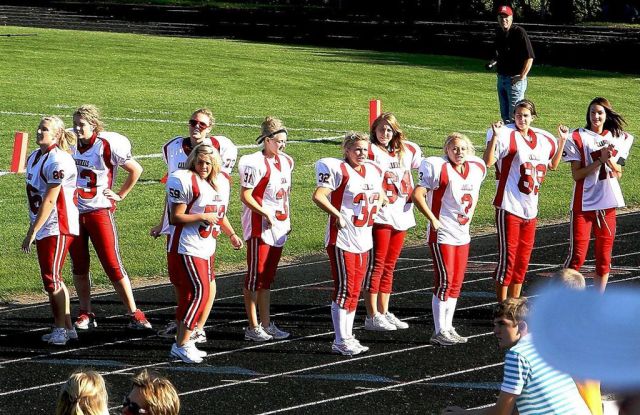 The volleyball team used to appear such for homecoming [photos courtesy of Greg Trumm, 1908] and aid and abet the cheerleaders during the game.  They would lope around the field, as only volleyballers can lope, inspiring the assembled masses.  They didn’t appear this year, or last year either, as I recall?  [Editor’s note: The first time we experienced this, early in the last decade after moving to back to Alex, was before we had “discovered” girls sports.  When they first appeared, I had no clue what was going on?  Who were these exceptionally tall young women (they were a head taller than the cheerleaders)?  Why were they wearing football uniforms?  Someone finally explained they were the volleyball team.  Volleyball team?] 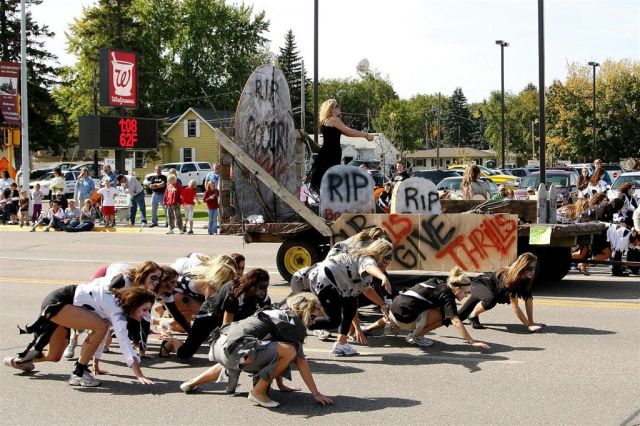 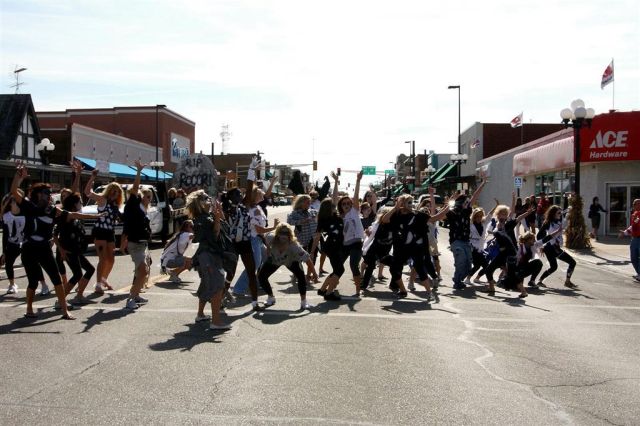 The still photos (by Greg Trumm) are of the volleyball team during the 2008 homecoming parade.  The volleyball had its 42-game conference win streak snapped last night by a fine and undefeated Rocori team, 3 – 1.  The 4th game went into overtime . . . or extra innings . . . or whatever they call it in volleyball.  I was only able to stay for the 1st two games because it was Thursday night date night at SAWA, and we wanted to see Al and Erik play.