Ode to the Trumm Sisters

[Editor’s note: To the young ladies holding the sign above – not to worry, I recently went to Cowing-Robards and ordered more Trumms. Yesterday morning at the “Y” I rifled in 31 consecutive free throws. That is the 2nd time I have cracked the 30 barrier as an officially designated old person. And it reminded me I have a lot of catching up to do to wrap up the basketball season.]

You may recall, though it seems so long ago now, that Sam and Lauren Trumm were named to the all-tournament team at the girls’ state basketball tournament. The staff photographer, their proud father, captured the ceremony. As members of my favorite team, Sam and Lauren earned their honors in a manner they had all season – as part of the team, where every player’s role was to play defense like crazy and to share the ball. Lauren is the upfront catalyst who could often score points in bunches when the team’s defensive pressure caused turnovers. She is a great finisher. Sam is the under-sized (at 6’1”) center who throughout the tournament was facing opponents taller than her – often by several inches. But at no time during the season did she face anyone who was quicker, faster, or a better leaper than she is – and it was great fun to watch her use those abilities. 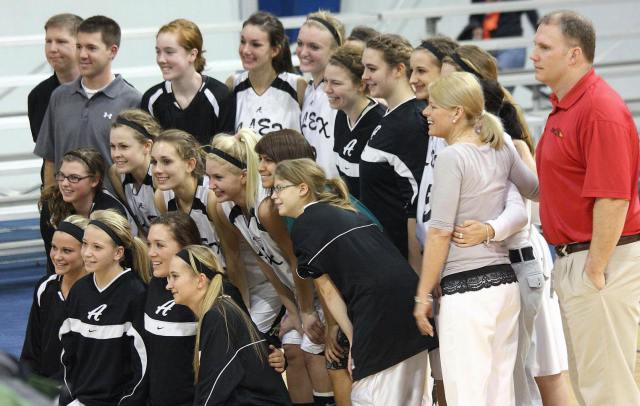 [The team at tournament’s end.] 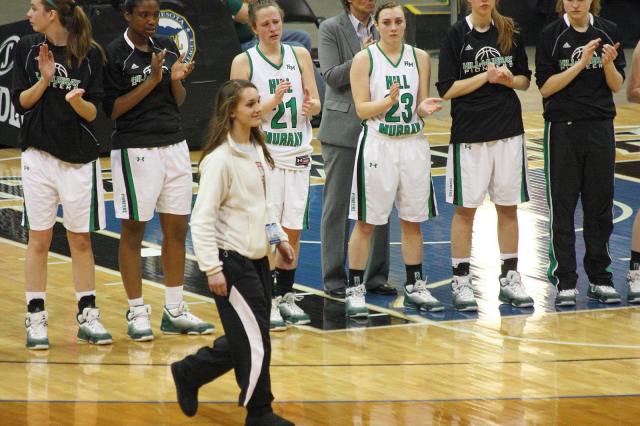 [Lauren gets the call.] 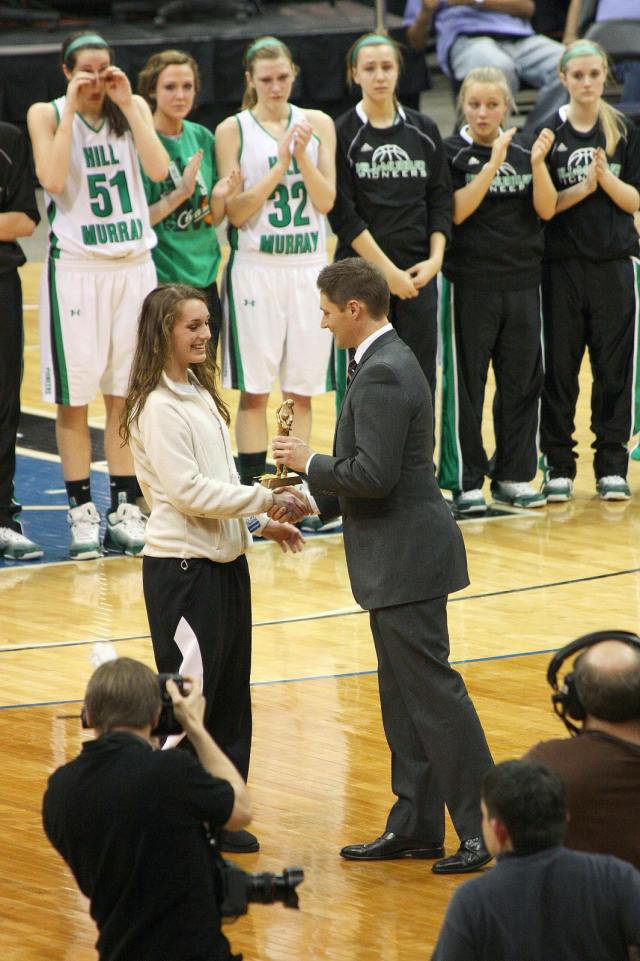 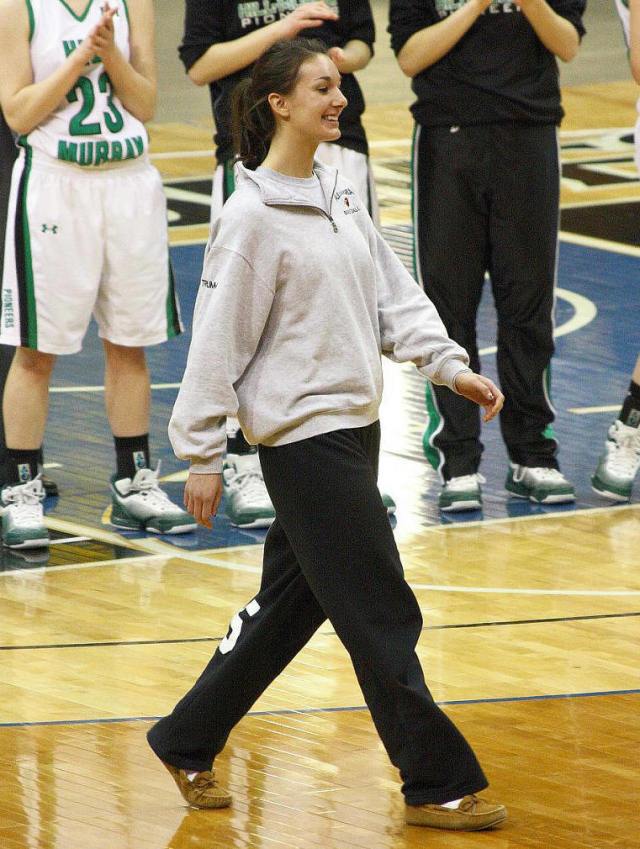 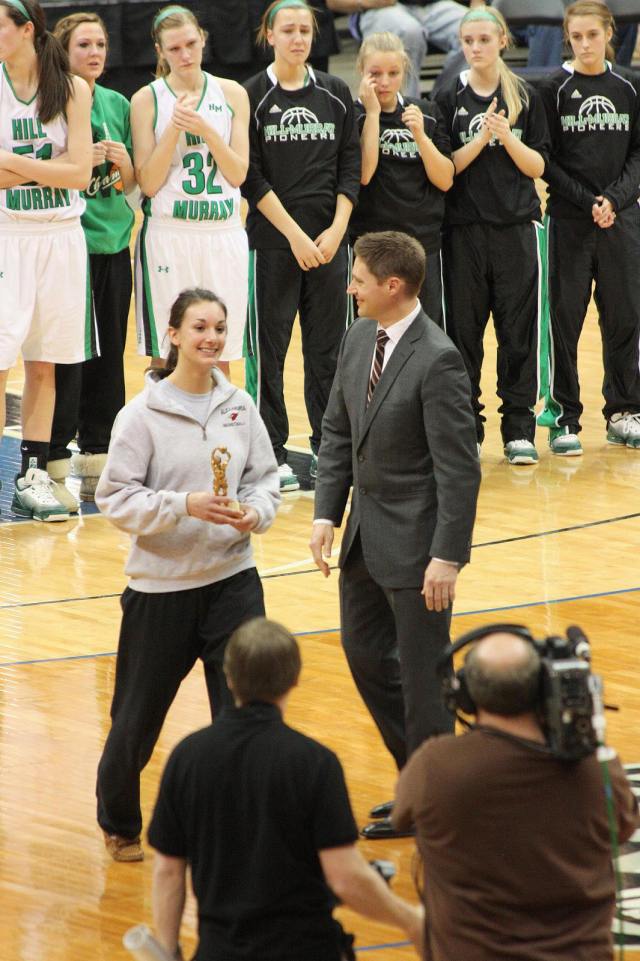 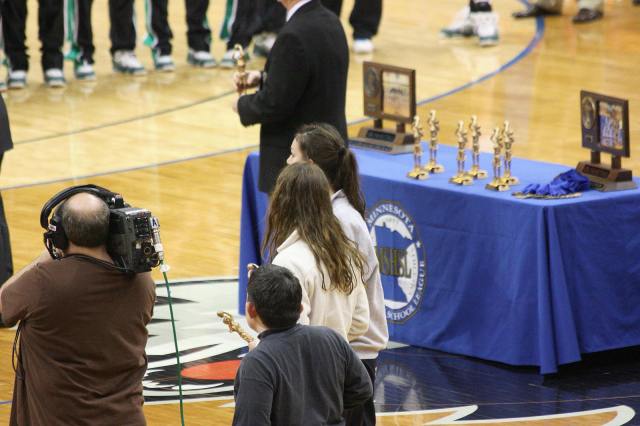 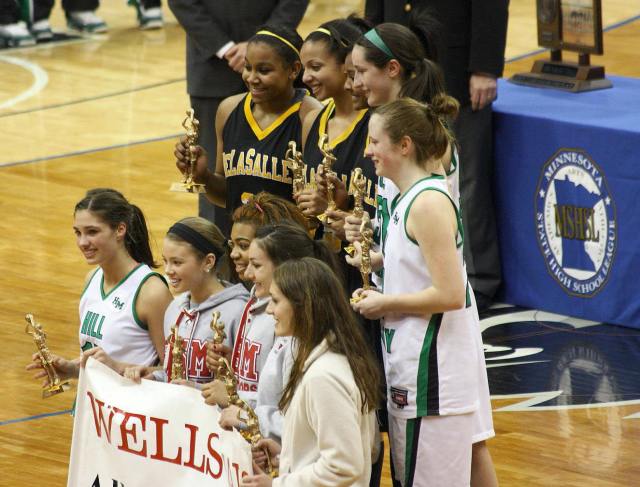 And, the post-season banquet: 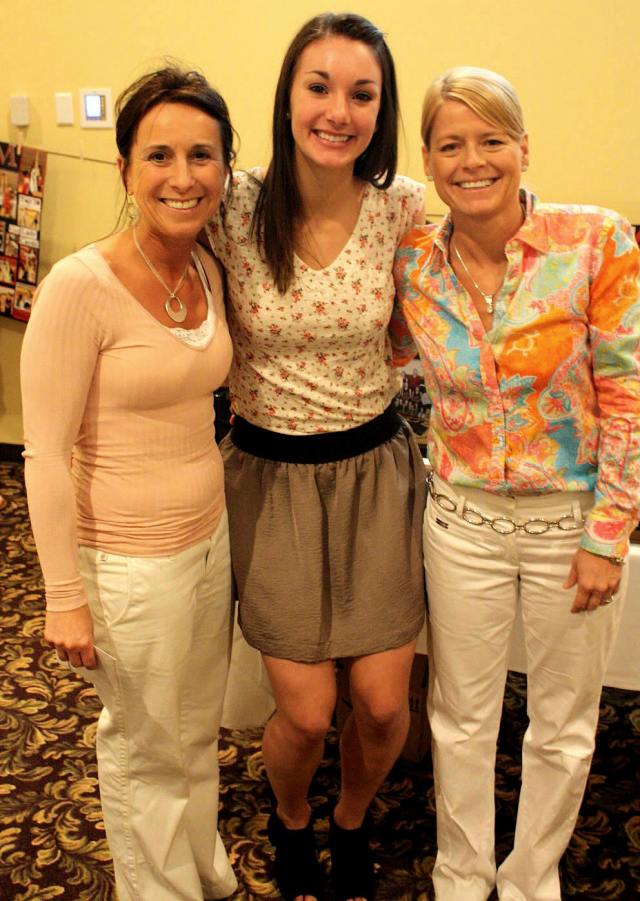 And someday we’ll get around to the games . . .