No, we are not yet through with girls’ basketball (lots more), vacations, or Kurt Vonnegut. However, we are long past due giving our thinclads their due.

For the past five years the cub reporter-in-training (who, unfortunately, has been on injured reserve for the better part of the past six months and could not join me yesterday) has pushed for a Super Fan appearance at a track meet. He really wanted to see Rosey Erickson and Jamie Piepenburg perform. These two Cardinal athletes have been competing in, and winning events at, the state tournament since they were 8th-graders. Last year, if memory serves (though it often doesn’t), the two of them almost carried the Cards to the state title – Rosey won the long jump, was 3rd in the 200, and 7th in the 100; and Jamie won the 1,600 and was 2nd in the 3,200. Time was running out – they’re seniors now.  [Errata:  This just in – Jamie is just a junior.  Wa-hoo!]

The ability to attend a track meet is exacerbated by their rarity. Usually multi-team events, they are generally scheduled for large venues. I believe the Cardinals may host two meets a year –and one of them is generally snowed out. Yesterday, I believe, was their last home meet of the year. Fortunately, we had perfect weather – and so after the obligatory round of golf, I was able to attend.

[The above video is Joie winning the 300 meter hurdles.  She also won the 110 meter hurdles and the triple jump.  If she had enough time, she’d probably excel at the high jump as well.]

I had not been to a track meet probably since my days at the “U,” some 45 years ago. They are busy, with a lot of stuff going on, often at points distant from the viewing area. I tried my best, with assists from fellow fans, Carol and Dave Dittberner, whose grandkids, Julia and Will Sieling, are middle distance runners, to follow all our “known” athletes from the hockey and basketball teams – not always successfully. The hockey team was represented by Britni DelCastillo, Shanee Herd, Becca Illies, and Shelby Iverson; the basketball team by Alli Haar and Joie Warnes (with apologies to those I missed). I found the whole event to be quite exhilarating.

[Julia Sieling (Shanee in the foreground)] 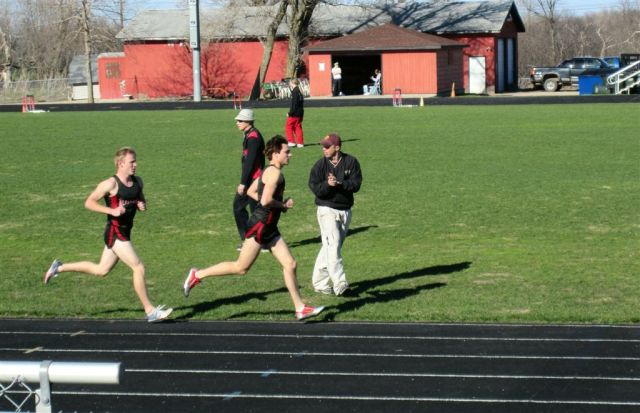 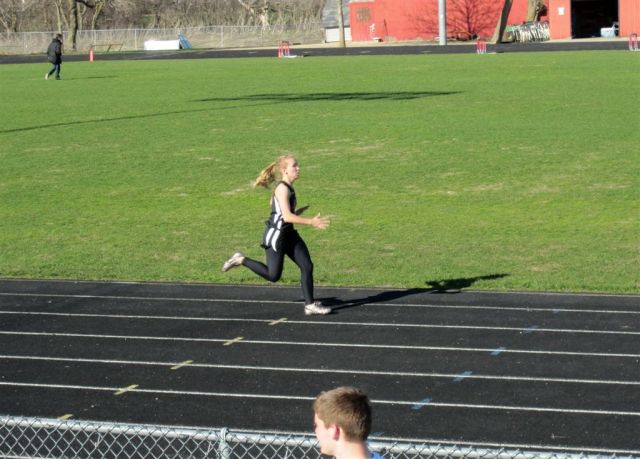 [Shelby in a relay.] 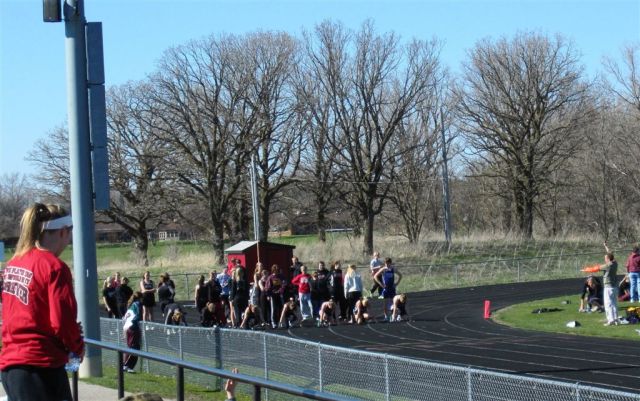 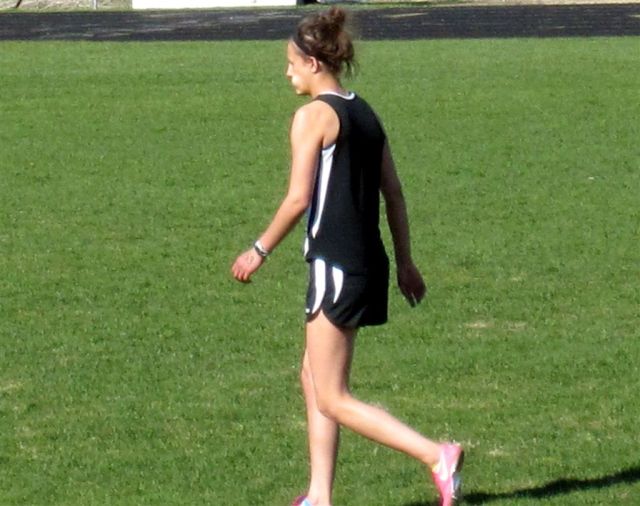