How I Spent My Spring Vacation, Part IX 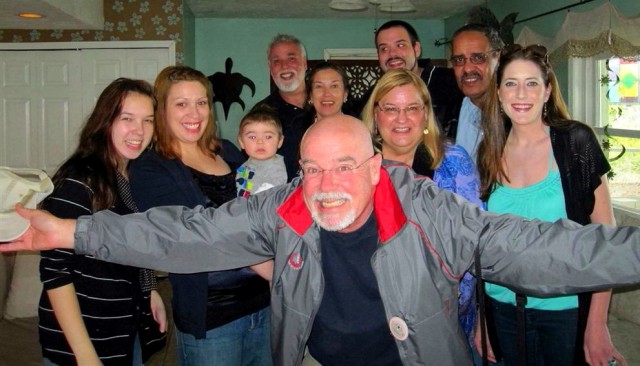 [Let me introduce you to a good part of the whole fam damily. If you are keeping score at home, here is sister Gretch’s description: “(L to R) Niece Sophie (Chris and Janet’s youngest, age 14), niece Jessica (Chris and Janet’s oldest daughter, age 27) with her son, Ryan. Her husband, Colin, is a photo-journalist who works for the Army Times and is in Afghanistan on a 6 week assignment. Brother Tom is in the front. Brother Chris is behind Tom. Chris’ wife, Janet, the new grandmother who looks about 25, is next to Chris. I am next. My nephew, Nich, is standing in the back. He is over 6′ 4″, age 29. My husband, Mohamed, is next. The young woman on the far right is Kady, Nich’s fiancée. I believe she said yesterday that she was recently nominated for “Teacher of the Year” from her school. We had a wonderful get together and Tom and Ruth got to see baby Ryan for the first time.”]

OK, it’s time to wrap up this puppy. Our last couple days in D.C. were spent acting the tourist and visiting family. 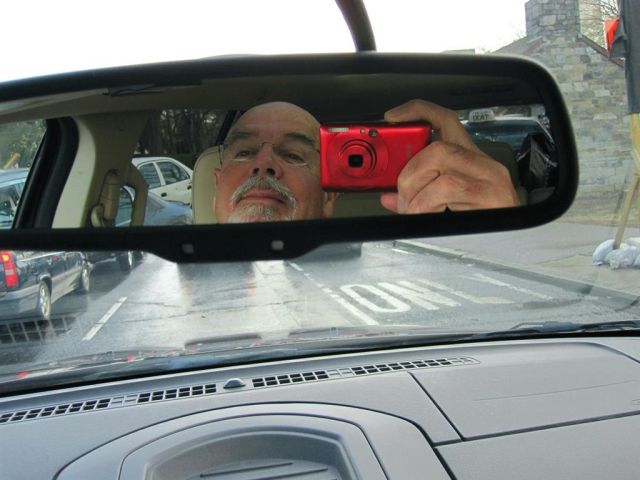 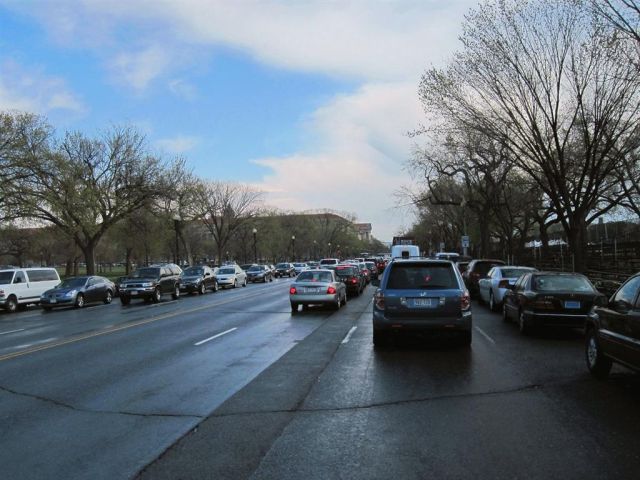 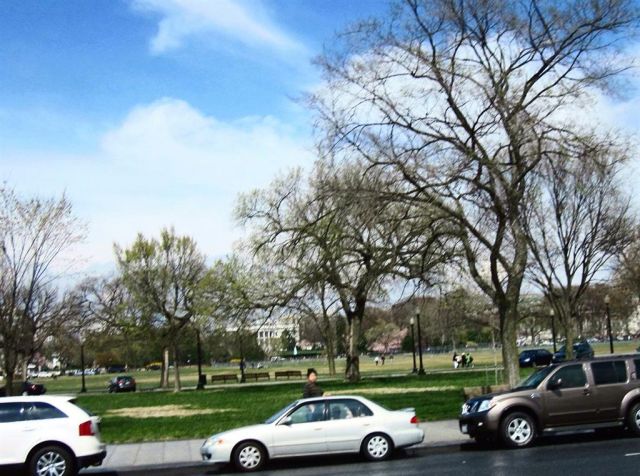 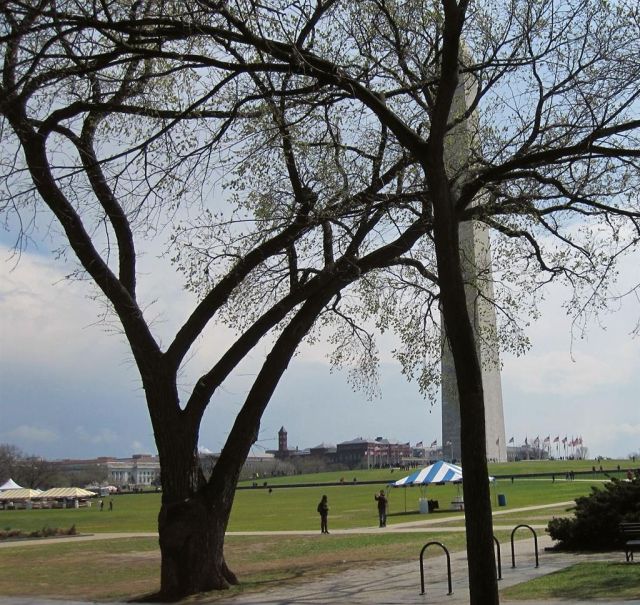 [Sticking the camera out the sun roof for photos of the White House and the Washington Monument.  The supervisor was so embarrassed.] 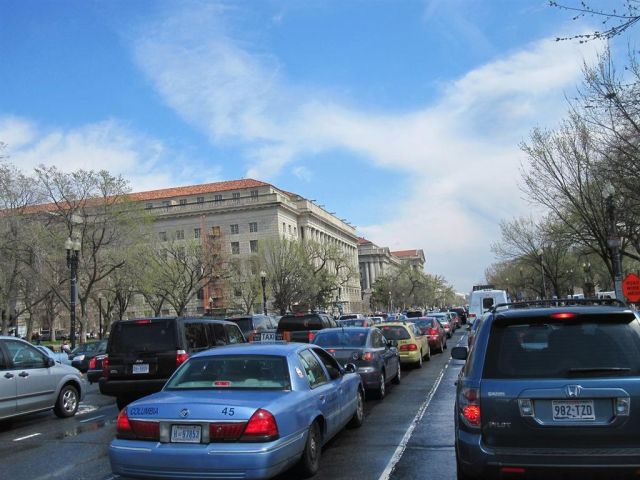 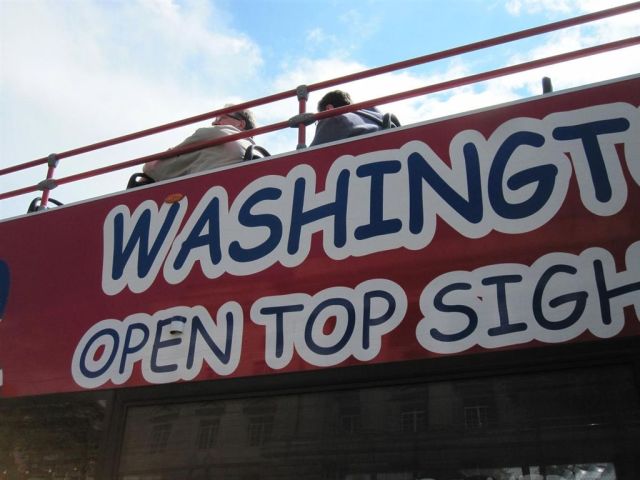 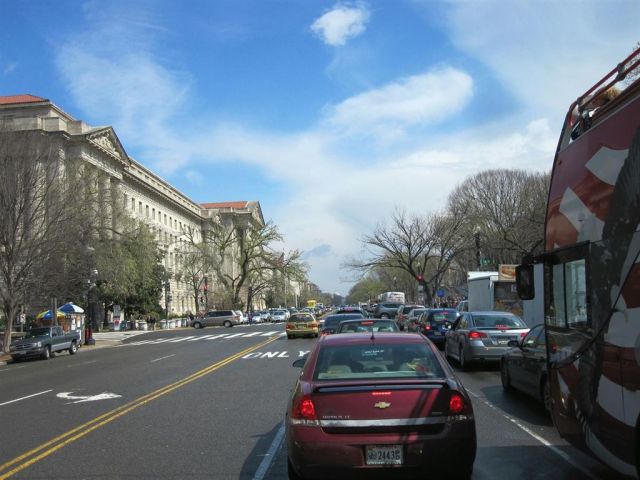 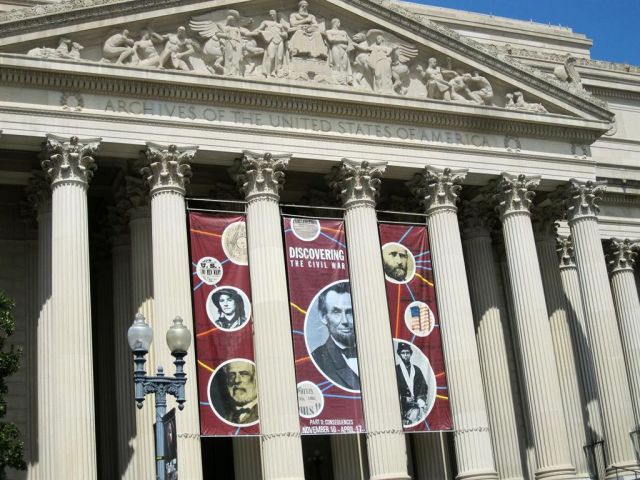 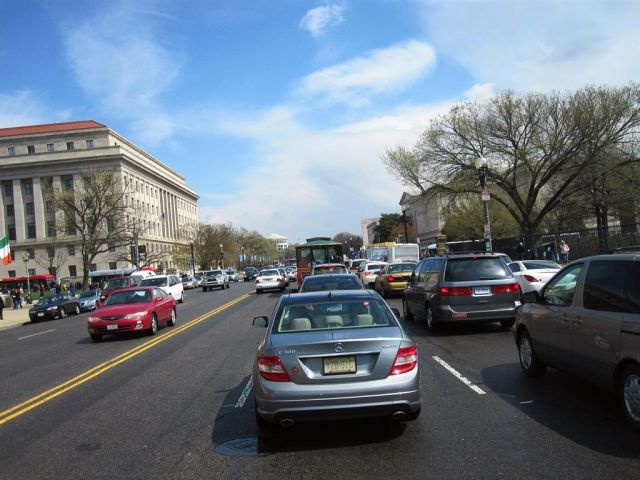 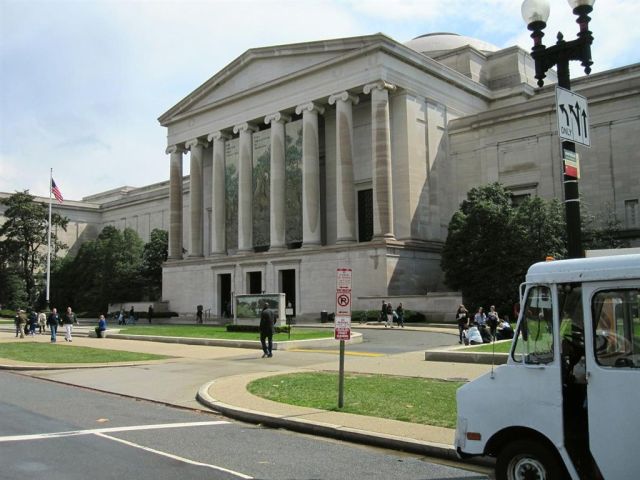 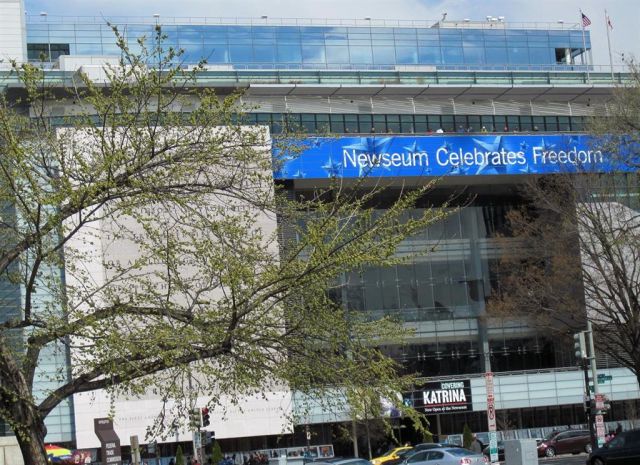 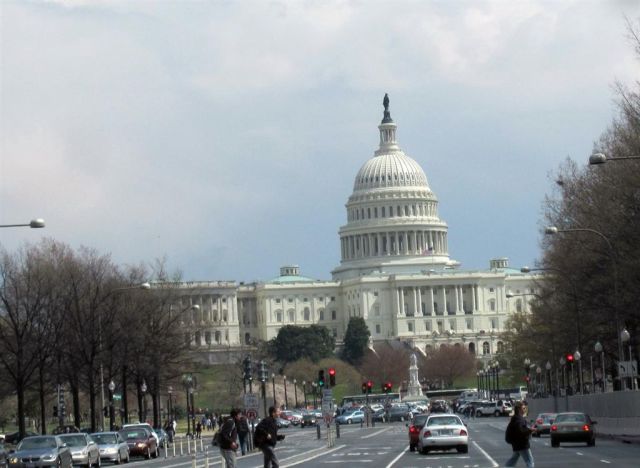 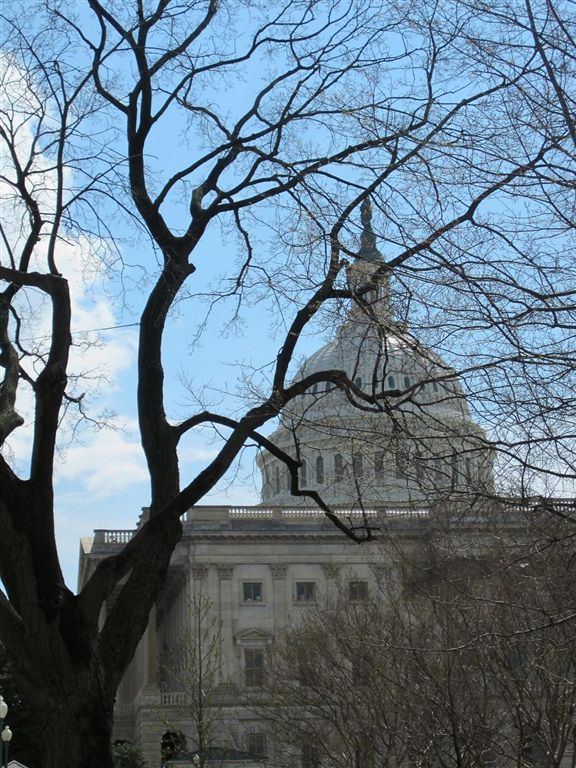 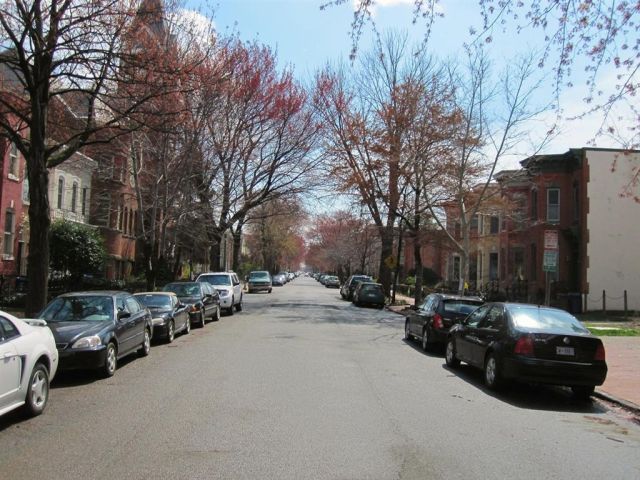 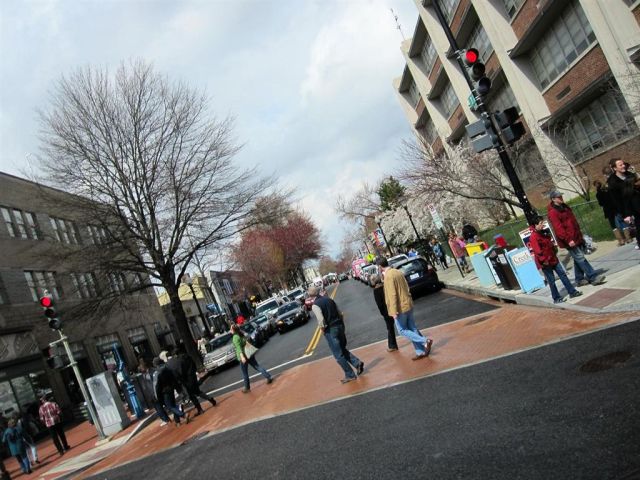 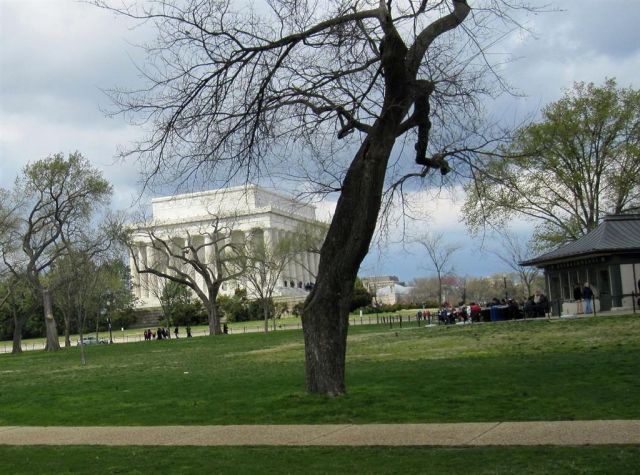 We’ll close this out with family.  You may be excused. 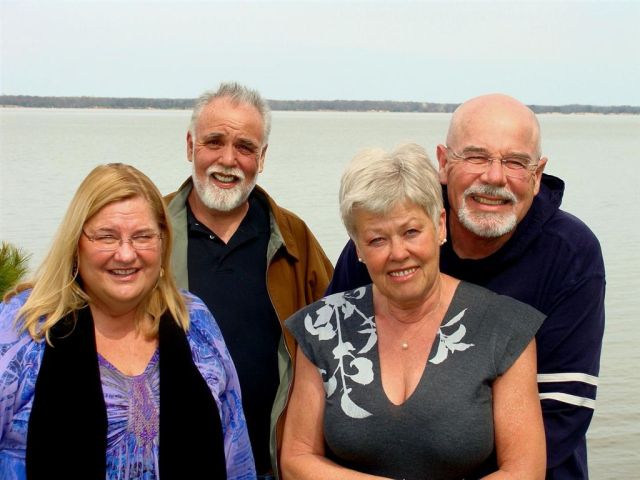 [Siblings Gretchen and Chris with the Traveling Wilburys at Chris’ family abode on the Potomac River in Stafford, Virginia.] 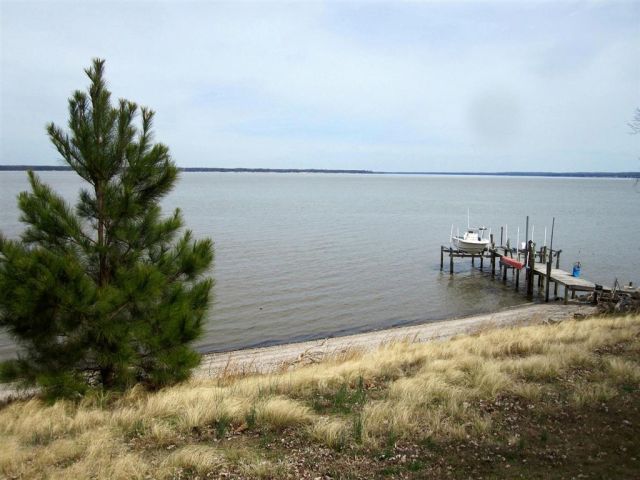 [Chris’ boat and dock.  As you can see, the Potomac is rather wide here (50 miles south of D.C.), and though it is 75 miles to the Chesapeake Bay, a couple of times since he has lived here hurricanes in the mid-Atlantic have come up the bay, up the river, and taken away his boat and dock.] 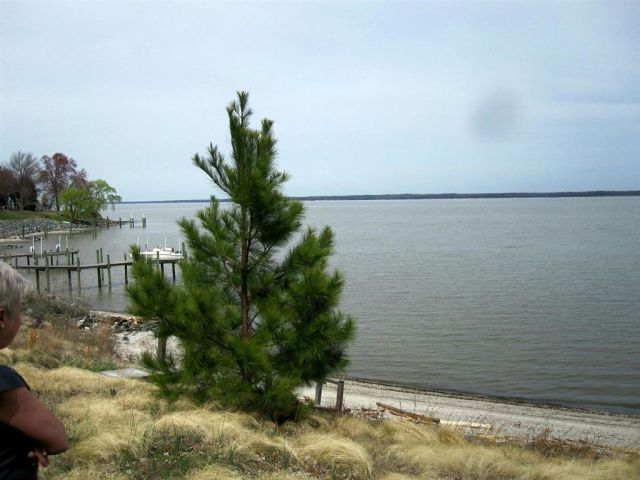 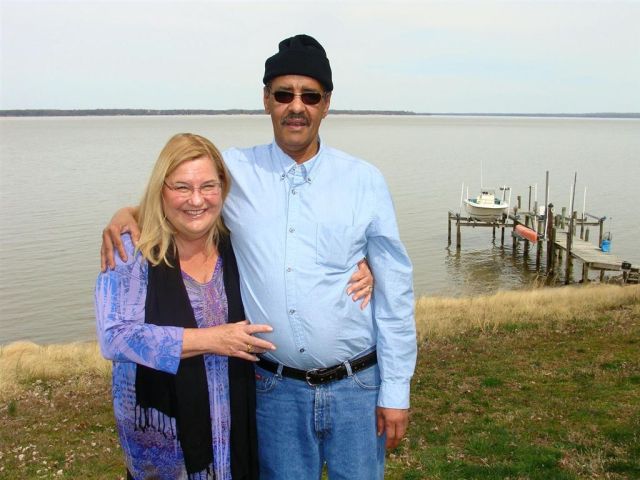 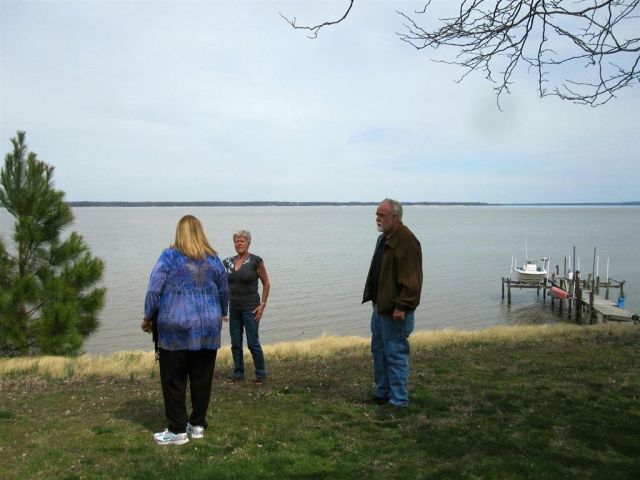 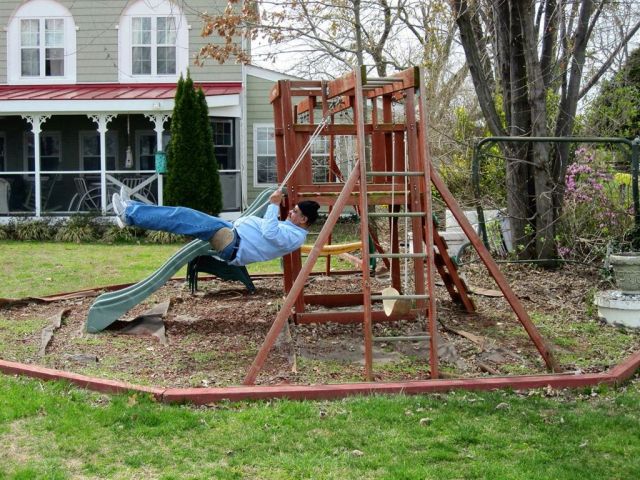 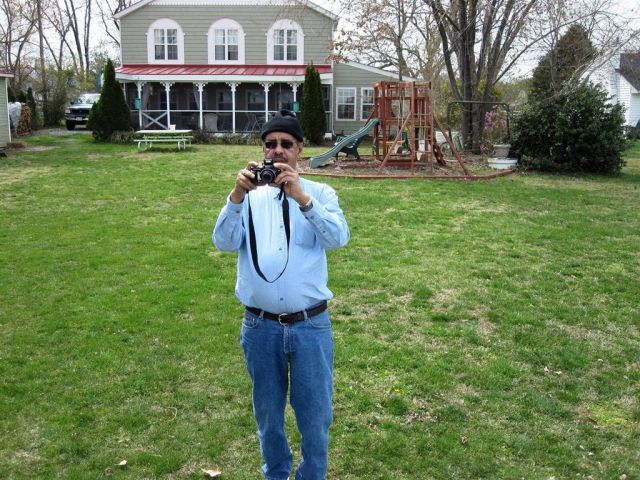 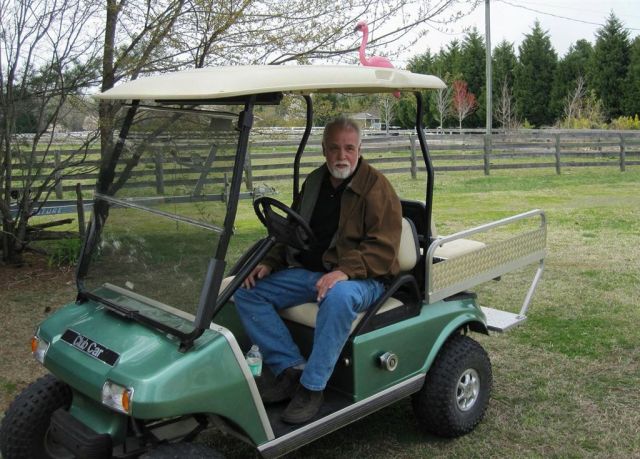 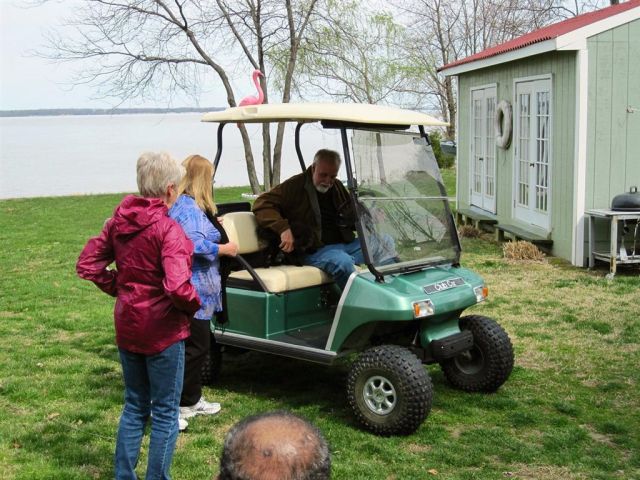 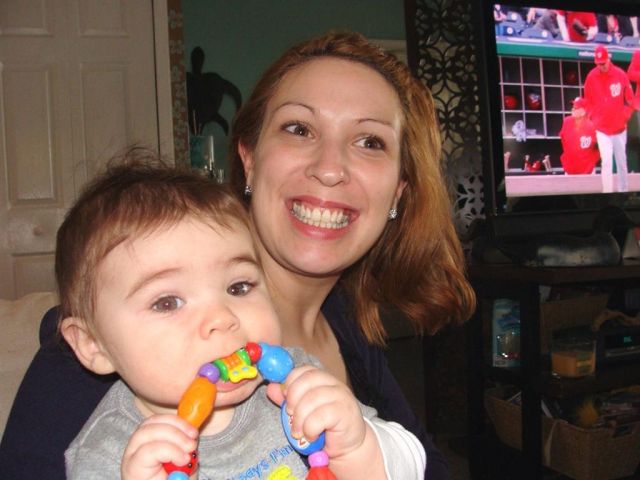 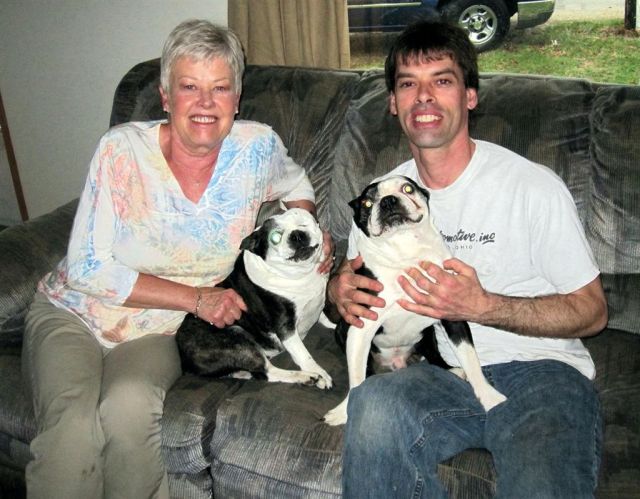 [On the way home, we stopped in Fairborn, Ohio, to see Ruthie’s son, Rob.  Driving to Fairborn it was raining so hard we could hardly see.  We were reminded it was the anniversary of the Xenia (very near Fairborn) tornado of April 3, 1974.  Ruthie was working at Wright-Patterson AFB in Fariborn at the time and was in the parking lot trying to get home during the storm.  The Xenia tornado is believed to be the most powerful tornado of all-time with wind speeds estimated to be in excess of 300 mph and led to the development of the tornado warning system.]

We hope you have enjoyed the tour.  Please check the overhead compartments to make sure you haven’t forgotten any personal items.  [A vacation was obviously needed.  A well-rested (?) cub reporter has in the first week home made 22 and 28 consecutive free throws in one day, and 22 in a row again yesterday.  Could 100 be in the future?  Prior to the current hot streak, I had only achieved 20 or more in a row twice.]