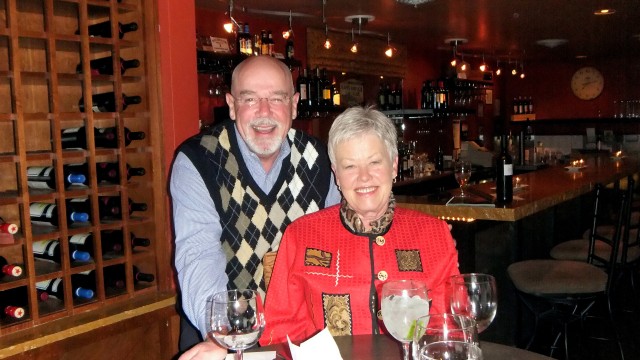 We interrupt completion of our vacation analysis (again) for the following: We had a fine dining experience . . . and experience has taught us a multitude of photographic evidence requires a blog rather than an e-mail. So, from Monday night, it was every bit as tasty as it looks: 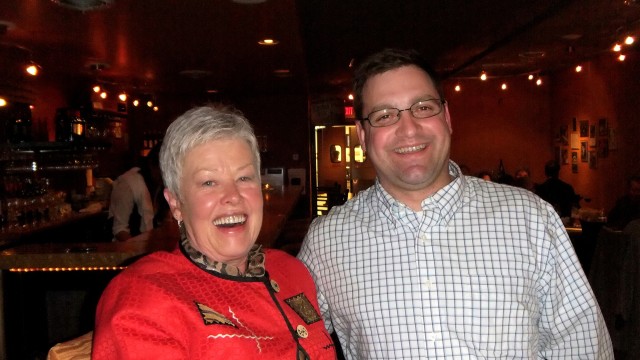 [Ruthie with Andy, the wine guy.] 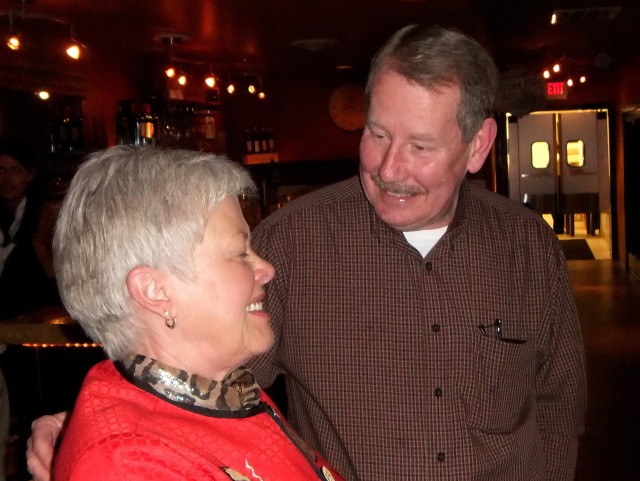 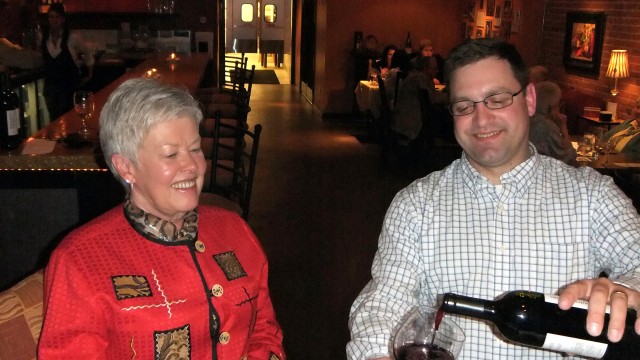 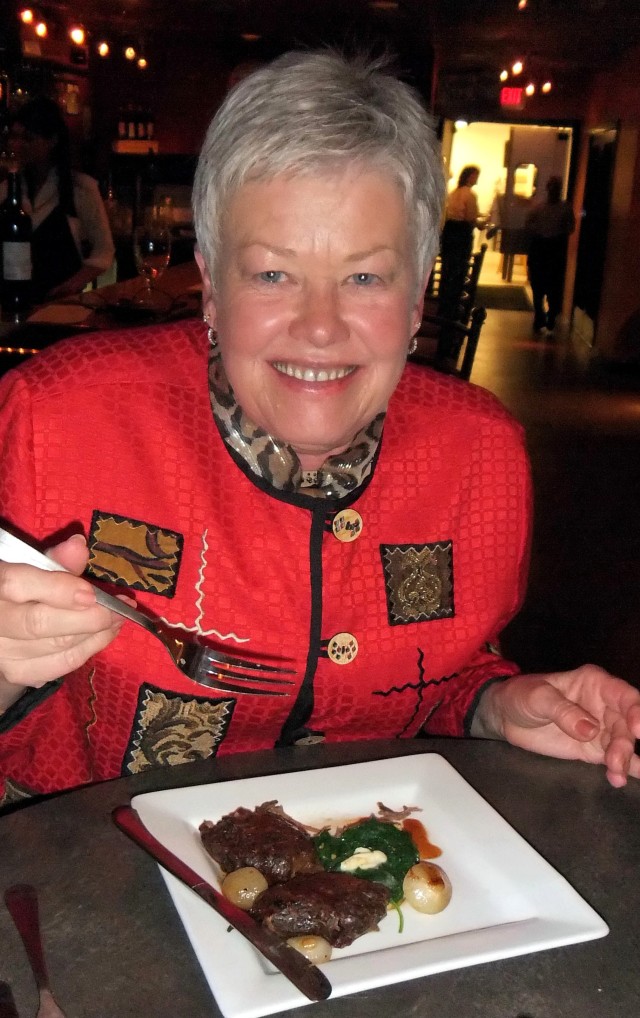 [Alexandria’s movers and shakers.  His worship, the mayor, is on the right.]

[A slow to react reporter missed the hosannas for the kitchen and wait staff.]

Which all leads us, of course, to a treatise on . . . male underwear (a/k/a, the No Fly Zone). I sit. I have written about this at length in the past – for reasons of age, girth, convenience and hygiene. As a retiree, I generally wear trousers with elastic waistbands – for reasons of comfort and , well, . . . My underwear is obtained from a variety of sources – often as gifts from female members of the family. Underwear manufacturers do not subscribe to any patterns of universality. The flies on their products may be vertical or horizontal, may flap from the left or the right, may flap from the top or the bottom. For someone who usually does not “use” a fly, this can be quite problematical in circumstances where its use is desirable, if not mandatory. This has occasionally led to levels of severe discomfort. On this evening, I had occasion to use the facilities. As you can see I was dressed (informally formal) for a “stand up” event. However, after much searching, and increasing agony, I was reduced to my usual sitting position – from whence I discovered said undies did not even have a fly! They were a relatively recent acquisition by the supervisor, and they appear to be of the variety athletes wear as under support. There are no photos of this episode.