I’m not busy… a woman with three children under the age of 10 wouldn’t think my schedule looked so busy. ~ Garrison Keillor 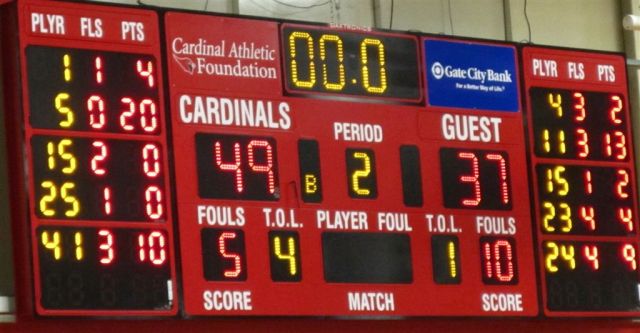 The Cardinals boys basketball team ended the regular season with a 49 – 37 home victory over the Rocori Spartans last night. On January 20, the Spartans whipped the Cards 56 – 38 at their place. Is there something in the water here lately? 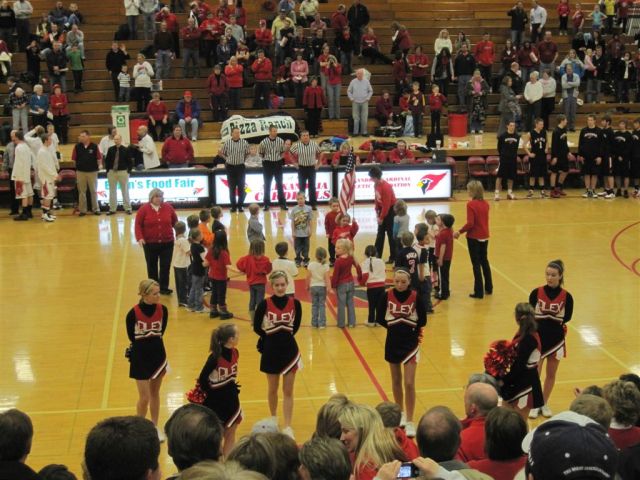 [These Little Peanuts sang the National Anthem – they were terrific!]

But the Cards were coming in on a 3-game winning streak. Apparently, the fans were expecting a closer game than the first time – this reporter had to park on the street, finding all the lots full upon arrival. Rocori came in with a 17 – 8 record v. the Cards at 12 – 11. The task looked daunting. Early in the game, the teams seemed well-matched – of similar size and athletic ability. Neither team could throw the ball in the ocean, however. There was lots of leaping and running but little scoring. Both teams displayed defensive prowess that discouraged the easy bucket – and the first half ended with the Cards holding a 19 – 10 lead. Yup, Rocori, a 17-win team, was held to 10 points. 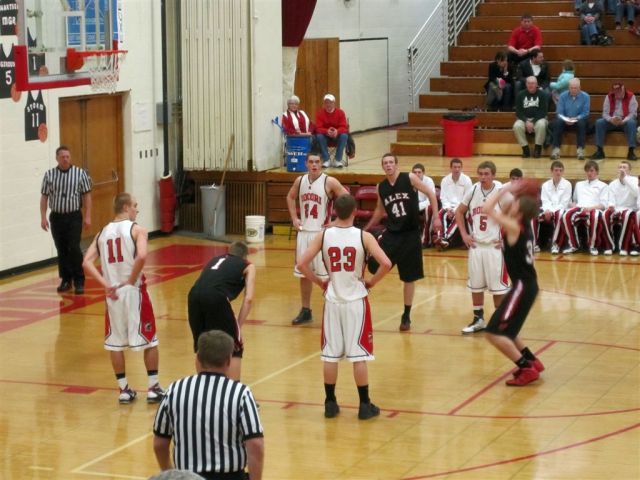 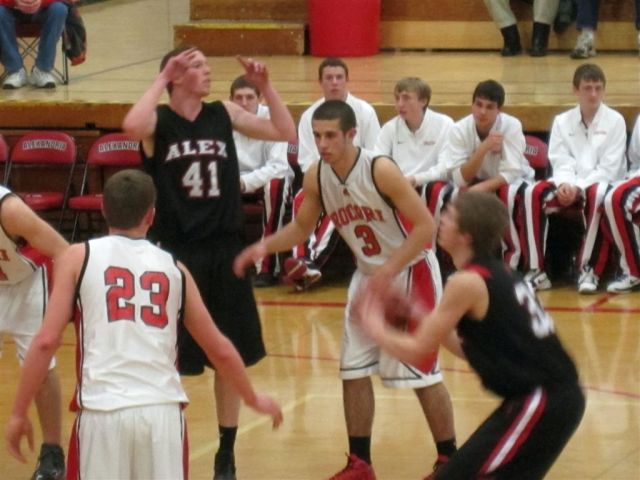 The 2nd half started, and the Cards started making some baskets. But so did the Spartans – to the extent that they pulled within 3 points at, as I recall, 28 – 25. But here the Cards showed their mettle (which is legal if you’re over 18) – back-to-back 3-pointers by senior guards Parker Giroux and Dan Gorghuber (I think they were our first of the game) opened the lead back up to 9 again. And that’s where it remained for pretty much the rest of the game.

The Cards did a great job of doing the things necessary to win ballgames. Although our fast-paced approach to offense, i.e., get the ball and run, can lead to sloppiness at times, we really took care of the ball last night. I believe we only had three turnovers in the second half. And the noticeable advantage we did have on the Spartans was getting up and down the floor – we must have had a considerable advantage in fastbreak points. We rebounded well and played great defense. And at the end of the game, we made our free throws – an area where we sometimes have difficulty – Parker and Dan finished off the game by making 9 out of 10. 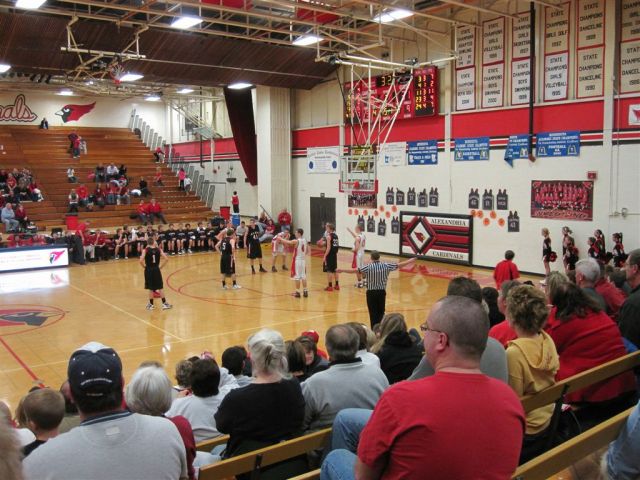 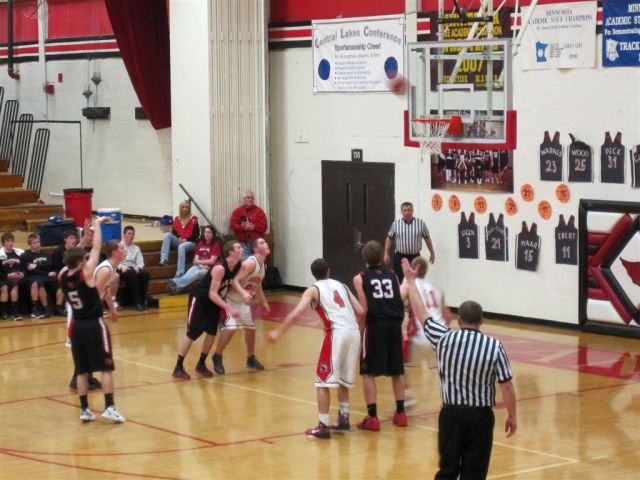 [Parker finishing off the game.]

A shout out here to Gorghuber and Eric Carlsen, a 6’ 2” senior guard, for their defense. Dan, at 6’3”, was matched against the Spartans 6’5” center who was physical and a scorer, while Eric was matched against the Spartans very athletic 6’ 2” point guard. It was fun to watch Eric play classic ‘D’ – I don’t recall him leaving his feet once on pump fakes. Dan was named player of the game for his defense on the big guy while throwing in 10 points himself.

On offense, Parker is like watching a waterbug out there. He finishes break-outs and can drive through an entire team for lay-ups. He uses his speed and quickness to pretty much go wherever he wants to go. He led the Cards with 20 points. And 6’4” center Dylan Galligan is the team’s Sam Trumm equivalent – I can think of no finer praise. He is quick and he can run. If we get the ball to him in the post, he can drive by his defender a’ la Sam; and I’m always amazed that when we have a breakout, he is always right there for any put backs. He gets fouled a lot, and had trouble from the line in the first half – but he was solid from the line in the 2nd and finished with 15 points. 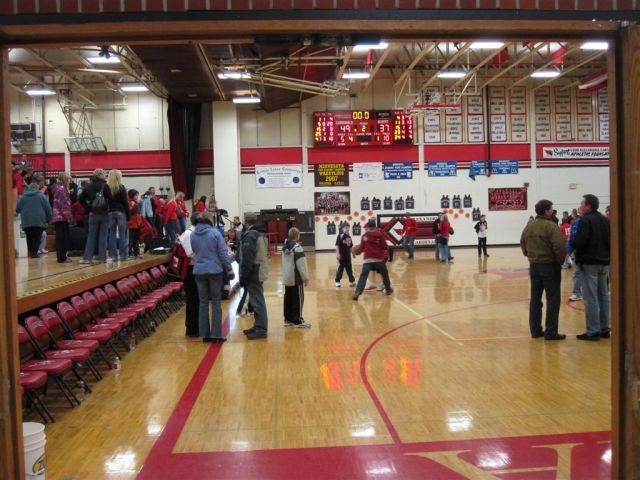 [We bid adieu to the Jefferson High School gym for another season.]

So, now we begin tournament play as the section’s 5th-seed at 4th-seeded Maple Grove on Tuesday. Maple Grove? When did they get in our section? The entire bracket is yet to be published as far as I can tell – we’ll “publish” it, and the boys hockey state tournament bracket (expected today), as soon as they come out.

The supervisor and I are off to St. Cloud (again?) this afternoon for the girls basketball section semi-finals.  Don’t these kids realize gas is now over $3.50 a gallon?  We finish with some recent Echo photos: 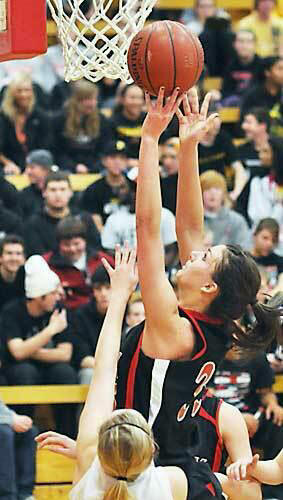 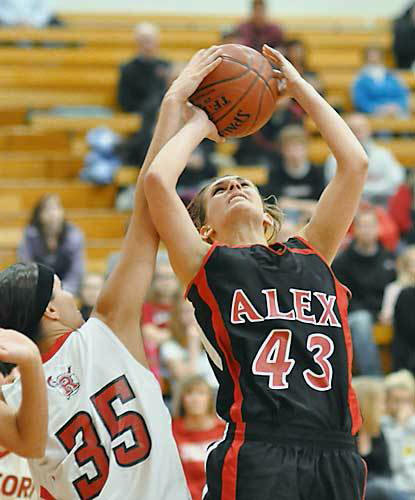 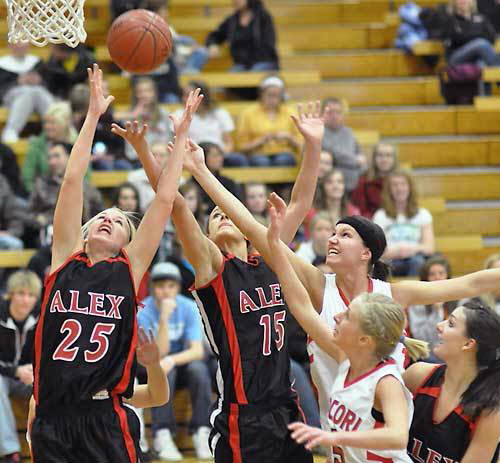