We’re heading into state tournament time. Girls’ hockey begins Wednesday at the ‘X.’ That means, of course, major winter storms arrive to contribute to the frivolity! The Twin Cities are forecast to get 15-20″ of snow today and into tomorrow – the Alex area may get 8”. Uffda! As preparation for the impending event, the supervisor sent me out at oh-dark-thirty this morning to pick up the necessities, including chili fixin’s, hit the ATM, and gas up the car. But now on to the subject at hand. 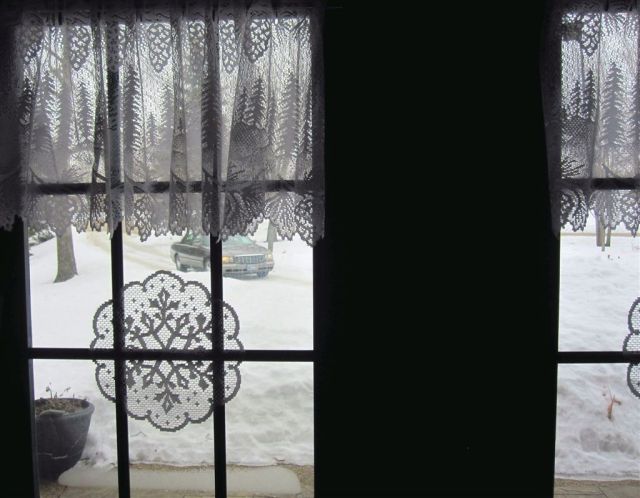 The chauffeur driven limosine arrived promptly at 12:00 noon. The previous day, we had ventured to Detroit Lakes – yesterday was a trip to Morris, at the other extremity of West Central Minnesota. Our wanderlust knows no bounds!

We were off to see a Prairie Home Companion show at the University of Minnesota, Morris. With an able assist from Merry and Paul Donley, i.e., the chauffeurs, we arrived in downtown Morris for a pre-event repast at Bella’s. We entered sans reservations not considering there would be thousands of non-Morris residents in town to see Garrison Keillor. Fortunately, we were early enough for a table, but the place was pushing capacity when we left. As I recall, for the gourmands in the audience, Paul and Ruthie enjoyed the special steak salad with a Menage a’ Trois red wine, Merry had the special with a white wine (whose brand vintage now escapes me), and this reporter, ever contrary, had the pepperone and spinach calzone with a red zinfandel. We then departed for the university, appropriately sated.

We parked next to the Cougars (a/k/a, “Big Cats”) football stadium, a venue, I believe, not yet conquered by Basketball Dan. We sauntered (well, actually we were cajoled by the driver onto a campus bus) over to the Pretty Good Reception, where we enjoyed hot cider and a cookie, and met our campus tour guide, Nate, from Cottage Grove. Yes, Nate was a neighbor of former Gopher basketball star, Sam Jacobson. Nate told us he had considered elite (i.e., expensive) Eastern schools, but he was sold on UMM when he visited in mid-winter on a 20-degree below zero day, and later enjoyed being snowed in there during semester break. He has gone to Antarctic as part of his studies and is going back again this year. My kinda cold weather guy! 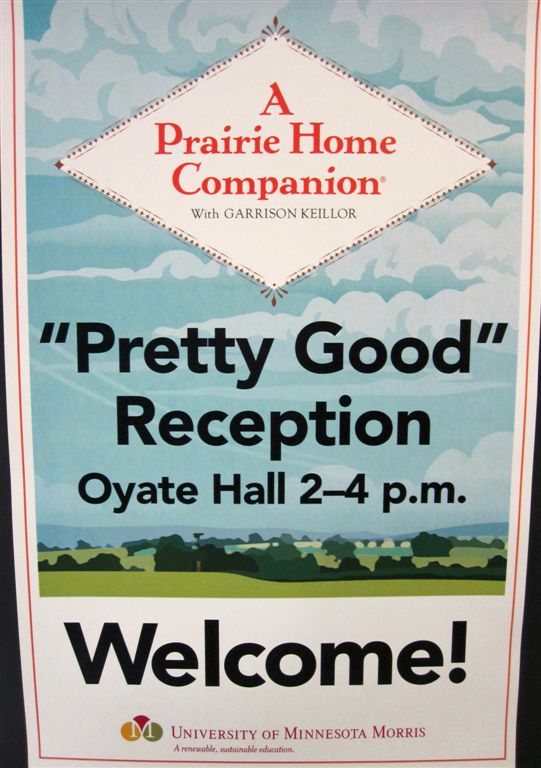 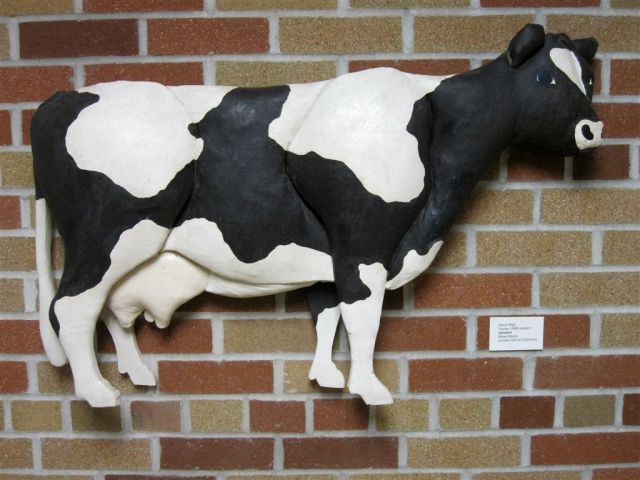 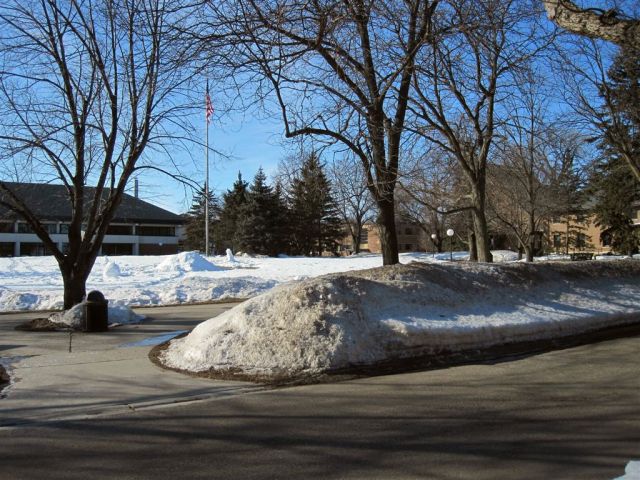 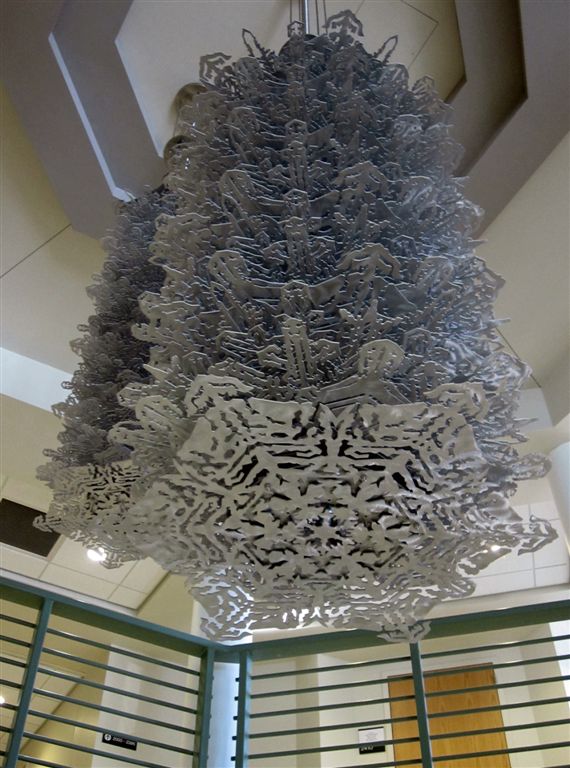 Nate led us through the campus, explaining that the university began as an “industrial school for Indians,” became an agricultural college, and ultimately became part of the state’s liberal arts university system. Wherever we went, we ran into Alexandria’s liberal elite – all 20 of them. UMM has about 1,700 students, is rated in the top 15 “smaller” universities in the country, and has become a rather exclusive admissions-wise.

Armed with a total knowledge of our setting, we made for the event location – the gymnasium.  We were advised it would not open until 4:00 for the 4:45 start, but at 3:30 the lobby was full of anxious PHC fans so the doors were flung open and the stampede for open seating began. Alexandria members of the Central Lakes Concerts Association may notice a similarity to our “theatre” – bleacher seating with folding chairs on the floor.  It was hard to estimate the crowd (at least 3,000?), but the place was full.   An hour later, the cast came out and began a 15-minute audience warm-up before the show began at 5:00.  The two-hour show (including our subject title skit of Guy Noir) was terrific and enjoyed by all.  We are concerned Garrison, 6-years my elder, may be calling it a career soon.  After hitting the big time in Morris, PHC is going on the road for the next three weeks to entertain smaller audiences in San Diego, Nashville, and New York City (where, I am told, ticket prices are $375.00). 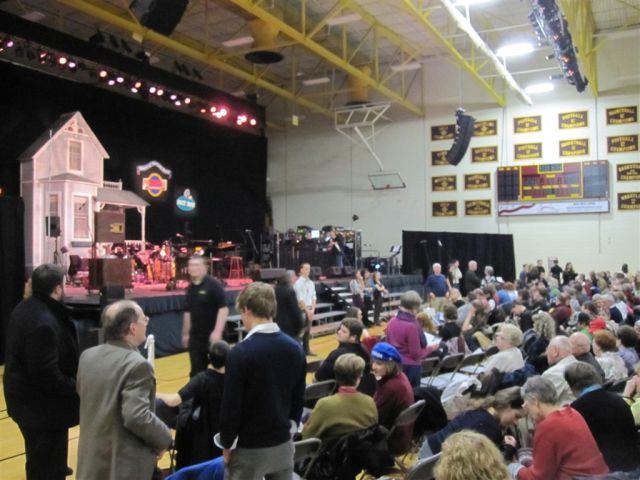 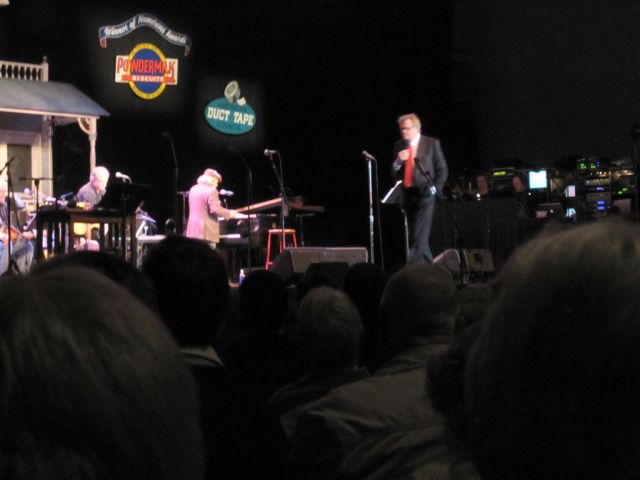 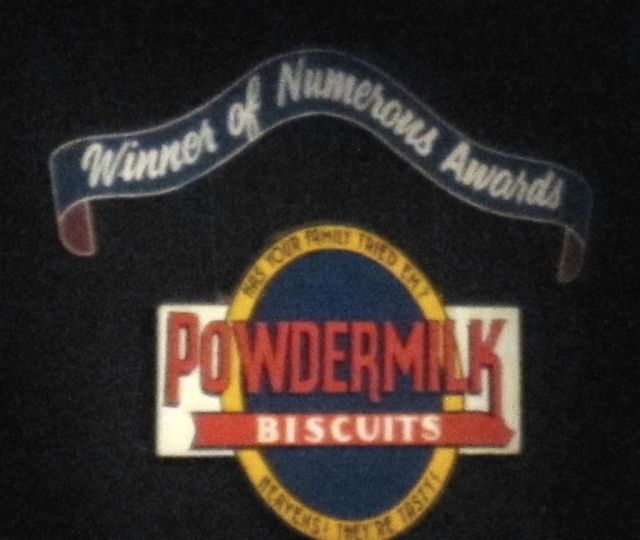 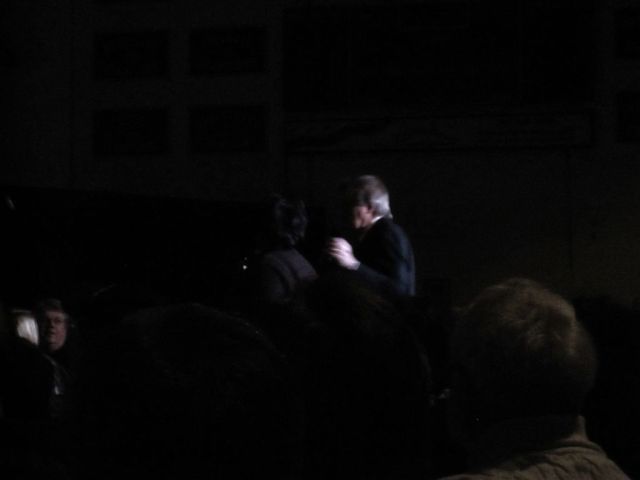 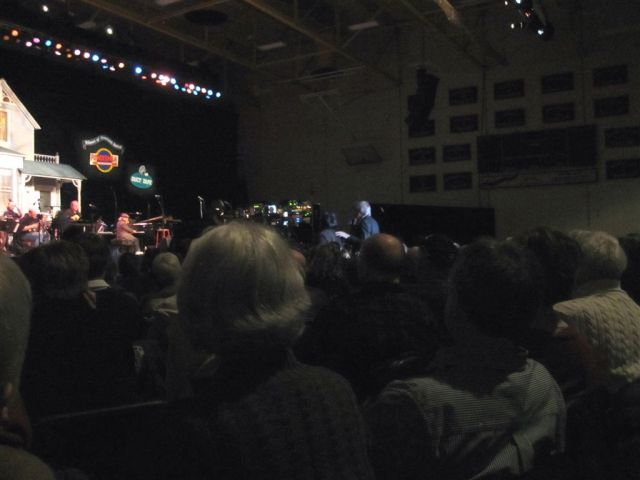 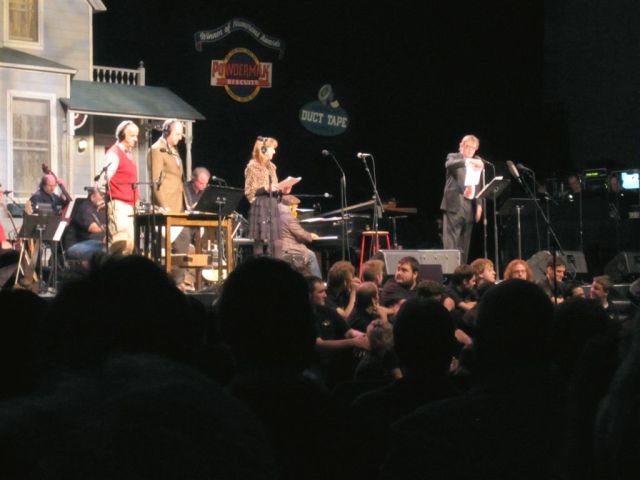 Finally, regular visitors to this site are probably aware I am a regular at the gym.  This is an effort to maintain peak physical conditioning for the rigors of  blogging.  My trainer recently made the following video of our workout routine together: