Well, we’ll get to the subject line later.* Legendary sportswriter Red Smith once said, “There’s nothing to writing. All you do is sit down at a typewriter and open a vein.” Hey, sometimes it happens. It’s the evening after three games, and I ain’t got nuthin’ yet. The boys’ basketball and hockey teams were home last night. Despite weather forecasts of near fatal wind chill conditions, the show(’s coverage) must go on. The hockey game seemed to offer a more competitive game – Sartell is playing for a #1 tournament seed but the Cardinals figured to be competitive at home (Sartell did win, 3-0, on three power plays). The roundballers were playing last place Sauk Rapids – we like to cover wins! And besides, Dr. Larry McCoy called earlier and said he and Dr. Laura McCoy were interested in going to the basketball game, so I joined them at the gym (I call them “Dr.” because they are educators*). 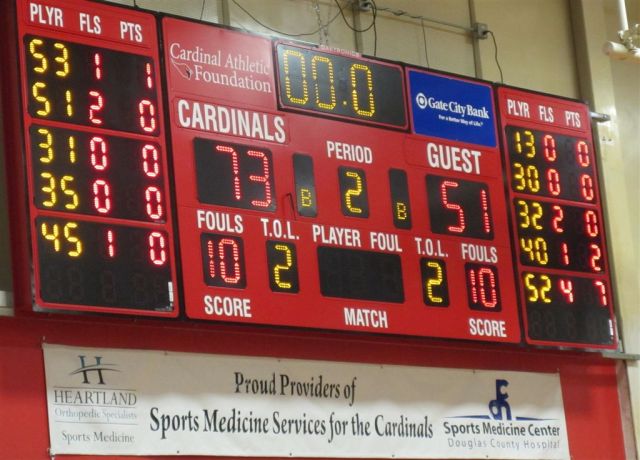 The boys’ basketball team is quick and plays a game similar to the girls’ team (a flattering comparison). However, their helter-skelter game style was mostly skelter in the first half – as many turnovers as points. The Cards had the lead at the half, but it was close. They tidied up the “take care of the ball” issues in the 2nd half and pulled away to a 73-51 victory. This is a team that has had its shooting issues. Last night was the best I have ever seen them shoot – several players made 3’s, and they did a good job from the free throw line. On a given night . . . and always remember to get the ball inside to Dylan!

The girls’ hockey team traveled to Moorhead last night because they “love” to play class 2A teams on the road. (Next year, they plan on scheduling several NHL teams.)  Again, the game was closer than the score – the Spuds scored two goals in the last minute of the game. Shanee’ Herd scored the Cards goal – we take additional pleasure from that because we have been covering her for four years now (and she’s still only a sophomore), and her Mom has been a major liaison between the team and the Super Fans. That was the last game of the regular season – the seedings were to come out today for the Road to the Xcel Center.

This just in – from Marnee’ Herd in her own words:

We got the 3 seed. Fergus is 1 and Morris Benson 2. We play Long Prairie on Sat at home at 7. The bracket is on the MSHSL.org web site. We are section 6A.

Thanks for noticing Shanee’s goal! She had the whole net but instead went 5 hole! 🙂 I guess she likes a challenge! She went coast to coast. 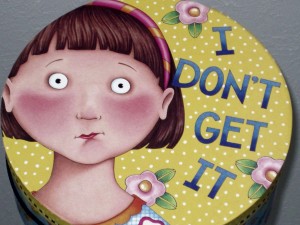 Have you ever wondered . . . why meteorologists are introduced by their profession on TV. If they are forecasting the weather, is that not a given? The anchorperson is never introduced as ‘journalist” so-and-so. And why is it only that way with some professions and not others? If I go to a medical facility because of a medical issue, and a person walks in the room wearing a smock (or, as Steve Allen would say, “Schmock! Schmock!”) and a stethoscope, they will introduce themselves as Dr. Jones. I will respond, “Well, I certainly hope so. I would have been disappointed if you were Meteorologist Jones. Now what’s your real name?”

[A brief pause for an overnight doze.]  Now, where were we?  Oh yeah!  In sports, folks are often referred to by their profession – “Hi, Coach!,” “Hey, Ref!,” “You blew that one, Ump!,”  In my formative years as an alleged student at the U of M, men’s hockey was a small community.  We, as fans, in the small rink on the west side of Williams Arena, often were up close and personal with the family of refs who officiated the Gopher games – “Hey, Bill, are you blind?”  Whatever happened to that familiarity?  But again, the formal position title only applies in certain instances.

In all my years serving our country as a professional bureaucrat, I never recall being referred to as “Economist.”  Well, not that I was one, but it was my job title for a while.  Now I kinda preferred Specialist 5th Class, Retired.  College professors are either “Professor” or “Prof.” Plumbers never seem to be called “Plumber?”  Senators are always “Senator,” congresswomen are always “Congresswoman,” and the President gets an additional non-personal sobriquet of “Mr. President.”

As an urchin growing up in Victoria Heights, I recall a time when a young girl merrily addressed the garbage man with a hale and hearty, “Hi, Garbage.”  This was not meant to be derogatory – more of a, “How are you?,” and “Thanks for picking up our garbage.”   It seems to me garbage men (or women) deserve such consideration as much as the masters of the universe on Wall Street.  They greatly enhance our quality of life, prevent disease, and improve the esthetics of the neighborhood.

Have you ever wondered . . . what ever happened to Linda Ronstadt? The guys of my generation would like to know. 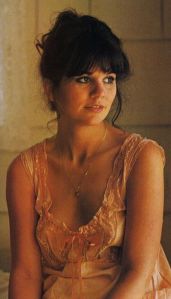