Dan Mahar and Michael Johnson (Bluer Than Blue, That’s That, Give Me Wings) – and several thousands of their close personal friends at SAWA last night. But first, a reminder of upcoming events:

2. Friday, January 28th, An Evening at the Runestone Museum. From the Museum: “We hope to have most of our exhibits come to life and visit with guests about why they have a place in our Museum or something to that affect. Why they are important in Alexandria history??? Do you know NJ Tranham (sp?)? He was a photographer in 1876 who took many pictures of Main Street plus others at Centennial time. The museum has many new upgrades – new energy efficient lighting, new life to our exhibits (definitely new “life” in and out of the exhibits) and even new carpeting on the floor. Special this year – you can use your ticket to get 20% off all membership levels.” 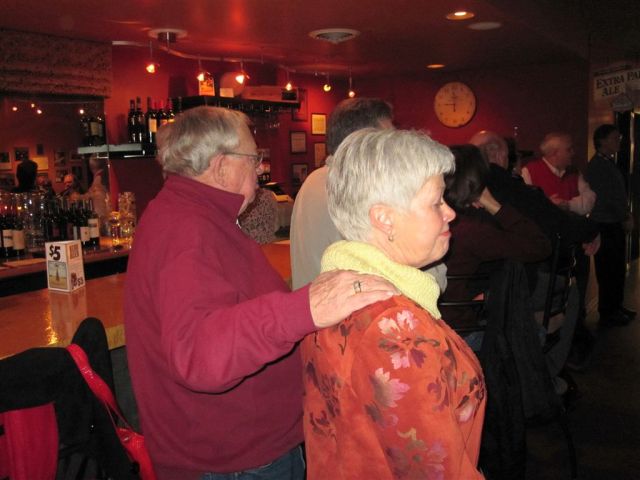 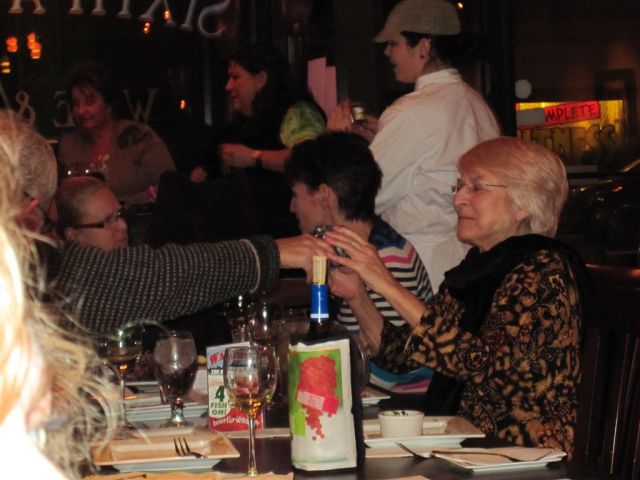 [Jo and the Johnsons] 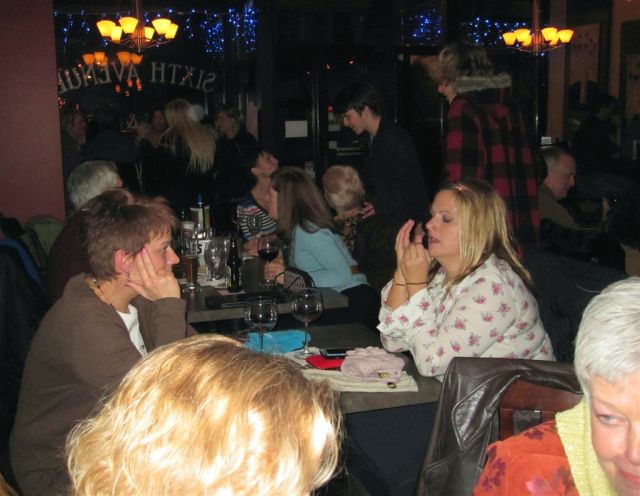 [Shelly and Sara (and Jo and the Johnsons)] 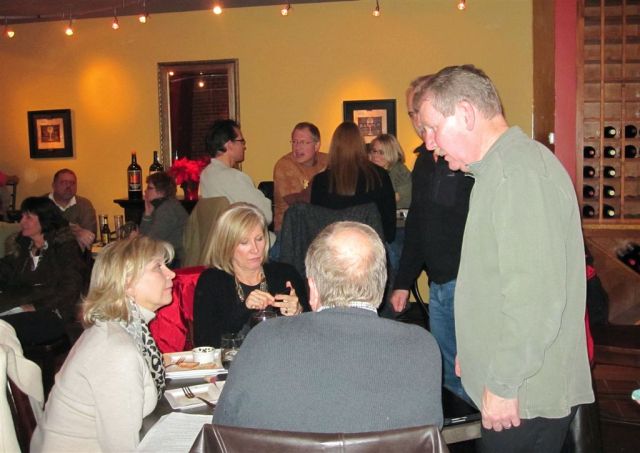 Oh, and the Cardinal girls’ basketball won 63–34 at St. Cloud Apollo last night, raising their record to a gaudy 8-0!  [Details not available at press time.]  They’re on the road for two games next week – then they return home Saturday, the 15th for a big match-up with Fergus, who along with Sartell will battle the Cards for the conference championship.