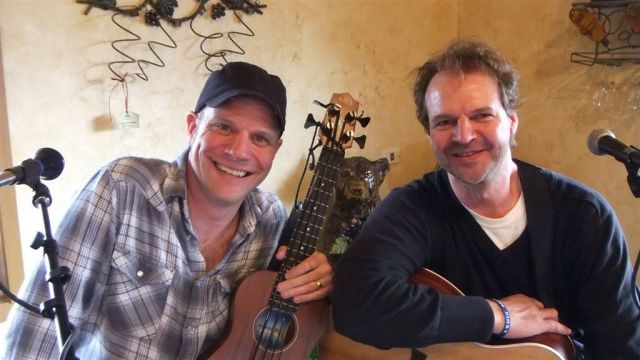 . . . well, it was for me. Matt Veline played at the winery today – not a surprise, he plays there once a month. He only lives about five miles from the winery now and performs there every 3rd Saturday – in summer, he will also perform there every other Friday. Sometimes his wife, Julie, who is also very good, sings with him – as she did today. But also with him today (for the first time, as far as I know) was his cousin, Tommy Veline (a/k/a Tommy Vee). I have previously mentioned that Matt is Bobby Vee’s nephew – well, Tommy is Bobby’s son. How neat was that for me?

[A pergola will shade the fans this summer at the winery’s outdoor music venue.]

When people my age (old?) were “coming of age” in the early 60’s, Bobby Vee was one of the biggest rock ‘n’ roll stars of the time (this was still pre-Beatles). Take Good Care of My Baby was the Number 1 hit in the country (that, as well as most of Bobby’s hit songs were written by Carole King). Matt and Tommy sang it today at the winery – kind of the “unplugged” version.

Then Tommy told a story about The Day the Music Died (a song they also sang) that I did not know. When the plane went down in Clear Lake, Iowa, it was headed for Fargo and a concert in Moorhead. But the show still had to go on. Bobby Vee and Bill Veline (Matt’s dad) were a local garage band in Fargo, and they performed for the first time in public that night as replacements for Buddy Holly, Richie Valens, and the Big Bopper.

[A video I took of Matt at the winery at another time.]

Tommy said peers such as the Ventures recognized Matt’s dad as one of the top three guitarists of the time. Matt told us that Tommy has 9-year old son, Bennett, who is a prodigy as a drummer. He thought we could “find” him on the internet, but I had no luck. I told Tommy I amazed that his dad and Gene Pitney hadn’t made the Rock ‘n’ Roll Hall of Fame – Pitney has now, posthumously. Tommy said there’s a push now to induct more from that era, like his dad and Del Shannon. He hopes his dad makes it while he’s still alive.

Matt and Tommy in their careers they have backed such as Roy Orbison. When Matt sang In Dreams I mentioned it was fun watching Tommy’s face as Matt approached the high note – not many will even attempt that song. 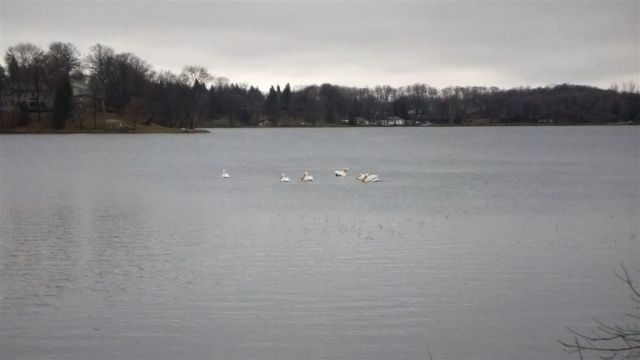 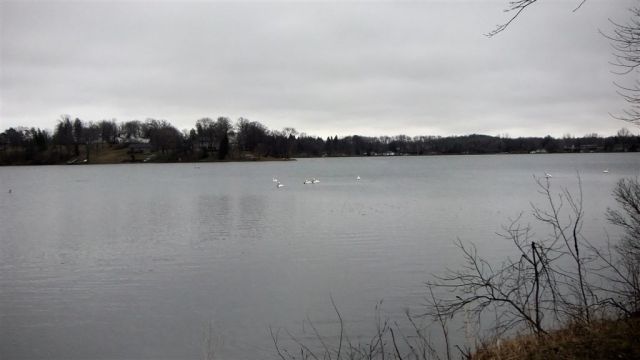 [Pelicans on Lake Cowdry today.  This has nothing to do with the story.]